How to respond to Russia? Cold war perceptions and illusions 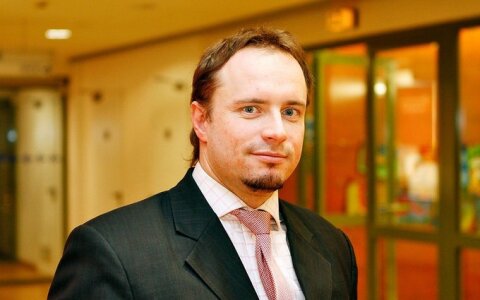 The expulsion of diplomats was not a frequent practice of USSR-USA relations during the Cold War. It would happen, however, lzinios.lt writes.

For example in 1986 the USSR expelled five US diplomats I response to the USA expelling 25 members of the Soviet delegation to the United Nations. I do not know whether the current state could be described as a Cold War because the Cold War began with the West fearing a "global revolution", which normatively defined what the free world is and what is the communist world.

Today's Russia does not have an ideology, which would mobilise entire layers and intellectuals in the West. It has a state level supported line of "Russian conservatism", which it is employing to successfully mobilise its public not just in the context of "rise from kneeling", but also emphasising its civilizational separation from the "overly liberal" West, providing a basis for separate Western publics to become nostalgic over decaying traditional values and Christian values and to reject the ascendance of "new" human rights (such as gay rights, migrants' rights and such". While this line is somewhat influencing the exterior, however as an ideological simulacrum it is unable to compare with the explosive revolutionary power of communism, which engulfed not just individual European countries, but also those in Asia, Latina America and Africa, even seriously threatening the West. The ideological gap between Russia and the West is not as large anymore.

However, Russia has traits of human rights infringement, democratic deficit, rampant corruption and breaches of international law (with its aggressive policies), which make it alien to the West despite rhetorically it wanting to make friends. I would describe this status of Russian-Western relations as a conflict of standards. Russia can allow itself to apply nuanced policies, creating "friend groups", inviting to return to the principles of realpolitik, however only by retaining idealistic policies can the West safeguard its own standards, prevent the different interpretation of international law. Russia is not just Russia, in some cases we are Russia ourselves when we breach human rights, seek to return to propaganda methods where the principle of business as usual is raised above transparency, where we support corrupt practices, want to regulate historical memory, control the media and enact illegal interventions of the political system.

Thus, it is a challenge to the West not only in terms of an external challenge, but also in terms of one of internal temptations to yield to putinist practices. The entry into putinist discourses can be seen in the policies of today's Hungarian and Polish governments in individual cases. In this case, the West does not have to become an anti-Russia (which would mean maintaining competition and accepting the Kremlin's game rules), but to dictate the rules and tone itself, which will establish the limits whether to cooperate or not to cooperate with Russia. Putinist culture has entrenched itself in Russian society, thus rapid change cannot be expected, however our strategic communications must primarily be based on defending values and standards, which should reach the Russian public, not the friend or foe logic. The more there is elementary friend or foe logic, ignoring one's own mistakes, the more the Russian public will believe that the West is indeed no better and do various mistakes themselves.

Contact must not be cut off completely (just it isn't necessary at the highest levels), even during the Cold War there were a number of engagement initiatives. It is possible in resolving border security and infrastructure, combatting global terrorism, managing migration. However, at the same time there must be clear limits for what cooperation we do not want. Demonstrative distancing is necessary to lessen the impact on our societies. However, we should realise that building walls has been presented in Russia as an attempt to bring Russia to its knees once more and this only strengthens Putin's regime. In this place there is no single painless path and we must choose: are we intent on fully involve and patiently teach Russia while risking the putinisation of our own society and the breaking of Western unity or do we intend to distance ourselves from Russia in order to retain the path of our own standards, but leaving the Russian public to full state indoctrination, based on which the West (not just the USA) becomes enemy Nr. 1 and the potential flirt of the Russian and Chinese regimes. It would appear that we are being pulled toward a situation where both choices will bring negative long-term consequences. I do not believe in the rapid transformation of Russian society and its return to the West. In the short term, the least we can do is avoid the putinisation of our own societies, however we must come to terms with the fact that building walls will also have negative consequences.

How to respond to Russia? Cold war perceptions and illusions