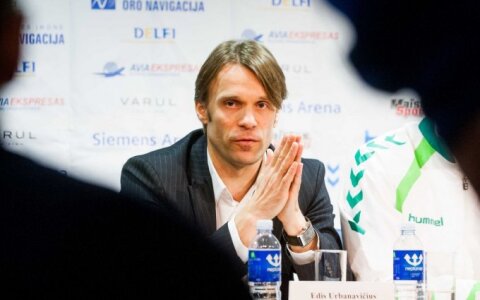 Urbanavičius, 43, has lately been working in the Communications Regulatory Authority.

He will start his four-year term at the department on Wednesday.

Urbanavičius has a diploma as physical education teacher and handball coach, also studying European Union policy and administration at the Mykolas Romeris University.

The Physical Education and Sports Department was headed by Klemensas Rimšelis of the Liberal and Center Union from 2010.

Urbanavicius was reportedly proposed for the post by the ruling Labor Party.