Opinion: Will Russia revive the Grand Duchy of Lithuania? 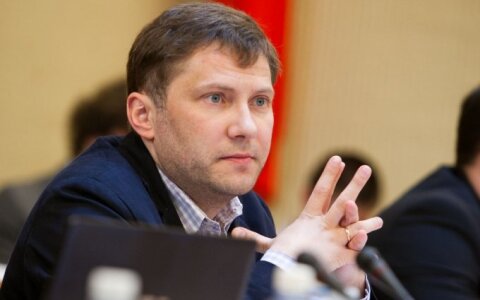 The idea of the Grand Duchy of Lithuania is becoming relevant again today. Russia brought it back to life by carrying on an open war with Ukraine. Ukrainians joke sadly that Vladimir Putin has done at least one good thing: he’s united the Ukrainian people. But now, Ukrainians need to rethink their identity on a broader level. And in that context, the Grand Duchy, or Rzeczpospolita, doesn’t look so outdated anymore.

Without a doubt, there has not been talk of creating a formal supranational entity, but rather the honing of a certain common identity, to include a firm geopolitical orientation towards the West. The idea isn’t entirely new, either. Some 10-12 years ago, the spectre of the Grand Duchy flickered briefly behind the scenes of Ukrainian diplomacy.

Related articles
Opinion: Siege mentality or the paradox in interacting with Russia (III)
Opinion: Repercussions of the Grand Duchy or public perception of the Ukrainian War in Lithuania  (3)

His comments proved premature, however. The heritage of the Grand Duchy was still not relevant to Ukraine, and the highest echelons of the Lithuanian government decided that our foreign policy would focus on Brussels and that the region we wanted to form stronger political ties with was Northern Europe, namely Scandinavia.

Russia made a veiled reference to the original GDL borders when it announced in 2005 that it would be celebrating People’s Unity Day every 4 November. The holiday marks the day that the Russians pushed the Lithuanians and Poles out of Moscow and reminds us that long ago, in the 17th century, Poles and Lithuanians were the ones in charge in Moscow. The story behind the holiday makes no sense without a basic knowledge of the history of the Grand Duchy.

Russia’s actions in the recent past have made the need for a reincarnation of the Grand Duchy that much stronger. Unification under a Grand Duchy union could help provide a desperately-needed sense of identity for Ukrainians and help replace the Kremlin’s proposed geopolitical vision.

And here the role of Lithuania is very important. Besides humanitarian aid, this is the best kind of support Lithuania can provide: to remind Ukraine of our common history, common activities, and common values.

Putin based Crimean occupation on historical arguments. It is clear that he sees no place for Ukraine in his vision for the region.

This is why we need a new historical narrative, based on our common history and the Grand Duchy. It is our historic mission to work together and use the past to help shape the future.

Opinion: Will Russia revive the Grand Duchy of Lithuania?