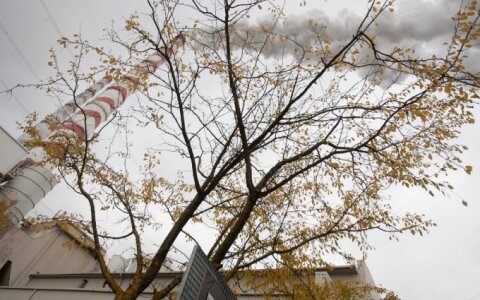 The state-controlled energy group Lietuvos Energija, which develops new cogeneration power plant projects in Vilnius and Kaunas, has attracted particular interest of potential partners with 24 legal entities from 10 different states expressing an interest to participate in the development of power plant projects, Lietuvos Energija says in a statement.

Following an assessment of the results of a non-binding survey, which lasted from 20 June to 23 July, an official and open procedure for the selection of partners will be announced later, according to the statement.

An interest to cooperate in the development of power plants in Vilnius and Kaunas has been expressed by companies from Finland, Spain, the Czech Republic, Lithuania, Italy, France, Germany, Latvia, Denmark, Great Britain and Switzerland. Responses have been received with regard to projects of cogeneration power plants using both biofuel and waste in both cities. Potential partners are interested in participation as shareholders, in contract works, in financing and in operation of power plants. The proposed possible contributions concern both land plots and monetary funds as well as technologies.

"The potential partners, which expressed interest, also include such companies the experience of which in the development of similar projects in the world would enable us to ensure successful and comprehensive implementation of projects; the experience of some of the partners also includes the development of objects which are several times larger. The responses received exceed our expectations and will help us to ensure the selection of the most useful and efficient solutions for both cities," says Dalius Misiūnas, Chairman of the Board of Directors and the General Manager of Lietuvos Energija.

The survey which was made public on the website www.kogen.lt has, in total, been viewed more than 3,500 times from visitors in 18 different countries, mostly Lithuania, Finland, Italy, Latvia, Great Britain, Belgium, the Czech Republic and Poland.

For the whole month, Lietuvos Energija conducted active consultations of market participants by e-mail and telephone. International market participants have also been informed about the announced invitation to express interest by an independent energy news agency Platts.

The primary survey was announced in order to inform potential partners about the start of the implementation of power plant projects as well as assess market participants' interest, possibilities and readiness to cooperate. The invitation to express interest was non-binding, therefore, it was not considered as part of an official selection. Following an evaluation of the results of the primary survey, a description of the selection of potential partners will be prepared and the official selection of partners will be announced.

The plan is to install, in Vilnius and Kaunas, modern power plants using waste and biofuel, which by generating heat and electricity will ensure 30 per cent lower heat prices for users of these cities, will generate about 60 per cent of the cities' heat requirement and will ensure more than one tenth of the required electricity annually (1.1 TWh) for Lithuania. The indicative value of power plant projects comprises EUR 340 million in Vilnius and EUR 200 million in Kaunas, however, both technical parameters of the power plants and the amount of investment may change after optimum solutions are finally chosen together with the partners.

The Government has recognised the new power plant projects as economic projects of national significance. The implementation of projects will contribute to the implementation of goals and objectives of the National Energy Independence Strategy - natural gas used for generation of heat and electricity will be replaced by biomass and waste, thus increasing Lithuania's energy independence from fossil fuel, i.e. import of natural gas.