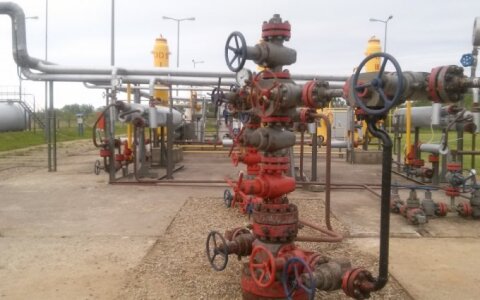 One year ago, on 8 October 2013, US energy giant Chevron, which had won the competition for exploring and digging into Lithuania’s shale gas deposits, announced it was leaving the country. To this Prime Minister Algirdas Butkevičius responded: if you want to leave, then leave. The market is big, others will come.

A year has passed. New energy companies did not come and Chevron has just sold its stake in LL Investicijos and closed the office in Vilnius. This October, the prime minister went to the United States, trying to attract new investors in shale mining in Lithuania. At first it was announced by his press service. It seems to have had no effect, because the focus of reports from the trip is on permissions to import Lithuanian meat. Of course, this deal does not have anything to do with the PM’s visit, it had been in preparation for a long time already and a number of procedures are still to be completed. But it is necessary to cover up the silence in which the prime minister‘s attempt to find investors melts.

Related articles
PM Butkevičius in US: Lithuania looking for investments in shale gas
PM not distressed about Chevron's disinterest in Lithuanian shale gas

Slogans “Chevron go away” were heard not only by the company they were addressed to. Its withdrawal was a signal to the entire industry that investment climate in Lithuanian was unpredictable. Since Chevron is one of the largest companies in the world, it was also a signal to all other businesses in various fields that might have considered investing in Lithuania.

In Lithuania, Chevron had committed to invest 80 million into shale gas exploration in exchange for a shale mining license for seven years. Lithuania has neither the equipment, nor specialists, nor resources for such exploration. 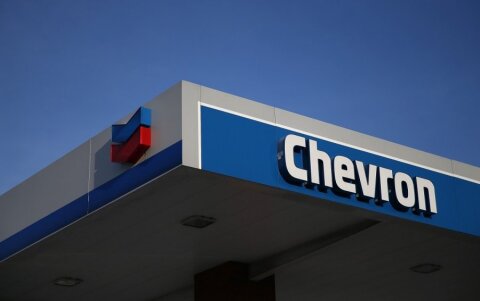 The prime minister’s awakening a year later will hardly make an impression on Americans. His attempt to invite investors after having chased one away a year ago shows that his understanding of international business is little different from how he sees domestic policy: saying one thing in the morning, the exact opposite in the afternoon and, in the evening, depending on circumstances. Unfortunately, business majors calculate, weigh and then make decisions that they carry out immediately - there is no toing and froing as in politics: money flows in one direction or the other.

Chevron’s letter last May did not make the government respect its commitments, so in October it was a “Good bye”. I wonder what the American audience thinks of PM Butkevičius who is going on about how great it is to invest in Lithuania under his government.

In 2013, Chevron invested 41.9 billion dollars worldwide. That's more than four times Lithuania's annual budget. There are places where this money went, but Lithuania is not in the list. The loudmouths of this country said that this company will poison Lithuania. Attention, the greens! Do you know that Chevron is the world's biggest producer of geothermal energy? This is a very sustainable way to heat houses in Lithuania.

The previous government of Andrius Kubilius did half of all the work by inviting Chevron to Lithuania. The remaining part of the job was to explain to local residents that no one had any intentions to poison them. Environment Minister Gediminas Kazlauskas, who took over the post from Arūnas Valinskas, was in charge.

The minister always looked lethargic and it did not seem like he was doing much. Kubilius kept him in the cabinet in order to maintain the coalition, but the president was not content. Kazlauskas failed at both of his major tasks: renovation of energy-inefficient residential houses and preparation for shale gas exploration. 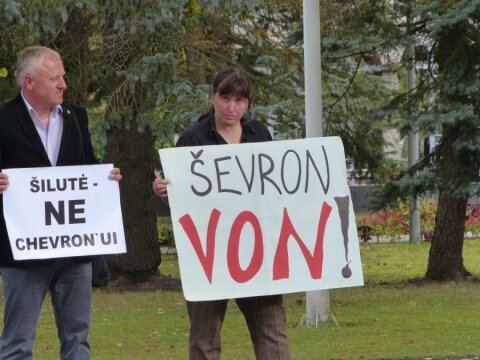 The information vacuum was soon filled with rumours and farmers who deeply believed that shale gas was a curse that could not be released from earth, for it would contaminate drinking water and force people out of their lands.

Human consciousness works in a way that the first piece of information is accepted without difficulty, while what comes next is weighed against what one already knows. If initial attitudes were negative, they naturally attract other negative aspects and reinforce themselves, while the facts that do not conform to the model are rejected. No wonder that scientific arguments do not work in Žygaičiai, the community that was the most vocal opponent of shale gas: the information vacuum has been systematically filled.

People’s distrust of their government also reinforces negative attitudes to shale. I heard what people from Žygaičiai said about the government’s assurances that shale gas mining will be held up to strict regulations: the audience reminded that Lithuania was one of the most corrupted countries in the EU.

For the sake of clarity, it is necessary to note that the community of Žygaičiai includes not only the town itself, but also villages situated around it. When you drive across this area, you feel like you are in Scandinavia: tidy renovated houses, blooming flowers, solid sheds, modern technology and well-groomed fields. It takes a lot of effort for people to believe that shale gas mining will not pose any threat to this world they have built.

Yet the gap between the government and its people is enormous. Žygaičiai feels like a fortress under siege. They love drawing comparisons with the medieval crusader attacks, when Lithuanian castles were seized after the crusaders bribed one man to open the gate. So now they regard any science expert who argues that shale mining will not do any harm as the weak link in their defence.

They say: a neighbor went to America and saw a poisonous cloud from a distance above a shale mining site. No one is interested whether the cloud was not just dust or sand from the desert nearby. In the picture that they already have in their minds, a toxic gas cloud fits the narrative best. The opinion of the Lithuanian Geological Survey is null and void, because it is paid for by the government, so it says whatever is commanded.

The government had lost credibility among the people in Lithuania – it needs to get it back here, and only then can a delegation be sent to America. We talked with members of the Žygaičiai community and heard their concerns about the future. We saw that the local government is much more interested in the upcoming municipal elections, and not in calming down unwarranted fears of the people. Therefore, I see only one way to get closer to an agreement.

The Žygaičiai community should elect a team of representatives, people they fully trust, and the government should pay for their trip to the United States, where they would visit shale mining sites examine bores in order to get answers to their questions. Later, they would relate to their friends how shale mining looks like in reality, not on YouTube.

Civil-mindedness should be supported in Lithuania; no one is allowed to trample on it. What’s the use of shale gas if the price is people thinking they have no say in what happens in their country? After all, citizens and not conformers will defend the country if need be.