Opinion: What do Russian probes in the Baltic portend? 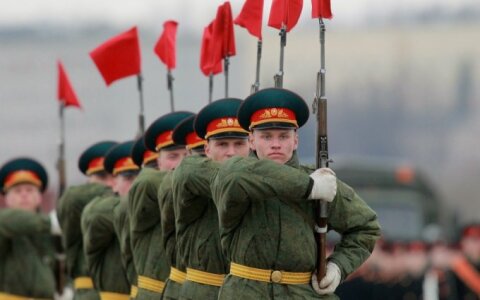 Earlier this month (October 2014), Scandinavian, and especially Swedish, media have focused on Sweden’s apparently abortive efforts to locate what was allegedly a disabled Russian reconnaissance submarine off its shores near Stockholm. But beyond the glaring evidence of the degradation of Swedish military capabilities — a condition it shares with most if not all of Europe — there is a larger story here.

That story is not just the intensification of Russian military adventurism, probes and harassment of foreign ships in the Baltic. Rather, it is the manifestation of this trend on a global level.

As this author has previously observed, there has been a significant increase in incidents of Russian overflights of Japan this year. The same trend is visible for Russian flights and reconnaissance missions directed against installations controlled globally by the United States, as well as targets in both the Atlantic and Pacific Oceans.

In other words, what just happened in Sweden is only the latest in a long series of usurpations, abuses and harassments directed against the West as a whole, not just Baltic littoral states. This trend testifies to a steady, long-term (i.e., before the Ukraine war) and dangerous militarization of Russian foreign policy that may yet touch off a major international crisis while Moscow plays chicken in the Baltic or other theatres.

Clearly, none of this emphasis on the global manifestation of Russian policy should be taken to minimize the salience of the tangible signs of the intensification of such probes in and around the Baltic. But in fact, here, as in Russia’s overflights of the US, this is only an intensification of a longer-term policy going back years.

Scholars have extensively demonstrated that Moscow consistently subjects the Baltic States and other Baltic littorals to a multi-dimensional panoply of pressures, utilizing all the instruments of power. Russia regularly uses military threats, political subversion, pressure by both Russians and compliant locals, large-scale energy threats and espionage. Moreover, Russia financially supports local European political parties, leaders and media — even to the point of inviting Baltic students to Russian “summer camps” for the purpose of political indoctrination.

In the military field, Swedish officials observed that the most recent incident was merely the latest in a series of hitherto unreported episodes. Likewise, the North Atlantic Treaty Organization (NATO) has repeatedly and recently intercepted Russian reconnaissance jets overflying the Baltic States.

Overflights of Sweden and Finland have also become commonplace occurrences, and Moscow recently harassed a Finnish research vessel in the Baltic Sea. Among the most extreme Russian actions has been Moscow’s staged provocation, in September 2014, in which it arrested an Estonian intelligence officer. Meanwhile, Konstantin Dolgov, the Russian foreign ministry’s Special Representative for Human Rights, Democracy and the Rule of Law, has publicly threatened the Baltic States with another Crimea-like operation for their supposed “mistreatment” of Russian minorities. Therefore, this month’s incident with the submarine off of Sweden’s coast needs to be seen as part of Russia’s regional and global policy.

It appears that Moscow has several aims. First, it may be trying to probe the nerves of the new Swedish government and deter Sweden from further military cooperation with Finland and NATO. Second, Moscow probably wants to demonstrate to the entire Baltic region that it holds President Barack Obama and NATO’s commitment to defend the Baltics in contempt and that, as Vladimir Putin said, Russia could take these countries over in days, should it want to. Therefore, it endeavors to show NATO’s impotence.

None of this means that Russia disbelieves in NATO’s, and especially the United States’, capabilities. Rather, Moscow probably has little respect for NATO’s will to act or its cohesion in the face of a crisis — and the Western performance regarding the war in Ukraine has likely only reinforced that contempt for the Kremlin.

Furthermore, the recent revelations of the decline of Sweden’s real military capabilities as revealed during this month’s search for the missing submarine and in Russia’s 2013 and 2014 overflights of Sweden, Germany and Denmark only lend additional force to this Russian perception of a lack of will in Europe. Thus, Moscow’s mafia-like intimidation tactics intend, inter alia, to reinforce and accelerate this decline of European will and to demonstrate to affected audiences that, in fact, they stand alone despite guarantees to the contrary.

Neither are Russian threats purely military. Energy, subversion, information warfare, espionage, etc. have all figured prominently and presumably still do in Moscow’s multi-dimensional Baltic strategy. Yet, European nonchalance and unwillingness to stand up to Russian aggression in Ukraine merely fuels this Russian aggressiveness in the Baltic and cultivates Moscow’s contempt for the West.

A powerful Europe that is, nonetheless, locked in political drift and irresolution will hardly impress Russia, which is determined to actively defend its interests in Ukraine or the Baltic against both plainly military and non-military threats. And as Russia continues to try to intimidate the West in both Europe and Asia, the West, in turn, needs to decide how to arrest a regime that is now embarking on the classic authoritarian paradigm of accruing ever more power at home and abroad precisely because it cannot stop or control itself.

Accordingly, what happens in the Baltic not only will not stay in the Baltic, but will reverberate far beyond Europe to Russia itself, and even as far as Asia.

Opinion: What do Russian probes in the Baltic portend?