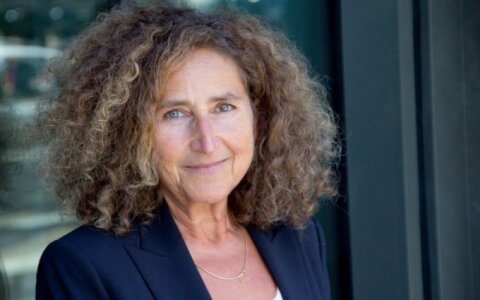 Student mobility is a “key area“ for development of higher education and for internationalization, International Association of Universities (IAU) Secretary General and Executive Director Eva Egron-Polak said. She was in Vilnius to receive an honorary Mykolas Romeris University Degree.

“I have spent my entire professional life working in higher education and know the value of this honour,“ she said during her acceptance speech.

Her parents had not been able to attend university, Egron-Polak said. “They were two young people whose lives were disrupted by the Holocaust.“

“They both deeply regretted their missed opportunity to study and encouraged me to do so,“ she said.

Speaking of universities, she said it would be wonderful if a balance could be reached in mobility in terms of incoming and outgoing student numbers.

She also said that universities and Faculty members and staff have to be “prepared“ for the experience and how to deal with international students. She said that the cafeteria has to be prepared to cater to the needs of foreign students.

“If you prepare it well, it‘s a very enriching experience for both sides,“ she said.

She also stressed that higher education should be accessible to everyone who wants and who is determined.

“But, I don‘t think higher education should be accessible to students who are not ready,“ she added.

For those students who are not yet fully prepared for university studies, she said there can be programmes that help prepare students and reach out to them even before they try to gain admission.

She said it was not a “positive policy“ to admit everybody and then in one year, they fail...because they are not ready.“

As for plagiarism, Egron-Polak said years ago it was probably “less prominent because it was less easy.“

“Universities have a responsibility in teaching students very, very early, what it means to plagiarize, what the limit is and why it shouldn‘t be done.“

She said universities could offer courses, workshops on the issue to discourage plagiarism and cheating in the academic sphere.

“I think Universities need to both act ethically and to model ethical conduct, but also to teach ethics, a lot more than they used to,“ she said.

Educated in Canada, France and the Czech Republic, Egron-Polak studied French Literature, Political Science and International Political Economy. She became the Secretary General of IAU in 2002.