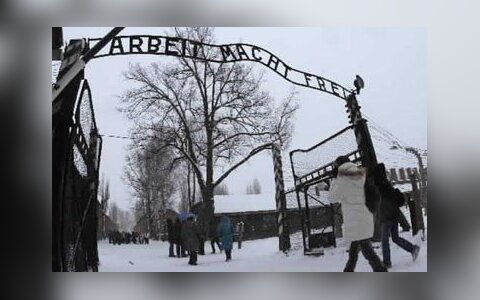 Lithuania's President Dalia Grybauskaitė is going to Warsaw on Tuesday to attend a memorial day of Holocaust victims at the Auschwitz concentration camp together with other state leaders and representatives of international organizations.

Other participants will include US and Canadian officials, Auschwitz survivors, staff of the Auschwitz Memorial Museum and representatives of international organizations who will pay tribute to Holocaust victims and light candles at the memorial.

Auschwitz survivors were liberated on 27 January 1945. Auschwitz was the biggest Nazi concentration camp, which killed nearly 1.5 million people of various nationalities in 1940-1945.

A decade ago, the United Nations General Assembly declared 27 January as the International Holocaust Remembrance Day.