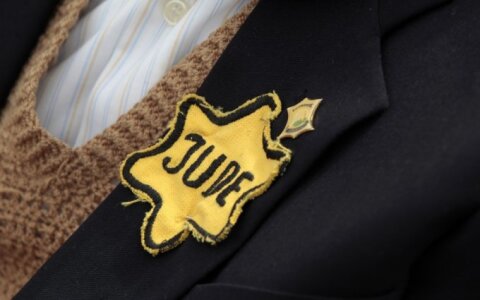 Second-degree state pensions were granted to 98 Lithuanian residents who rescued Jews during the Holocaust, the Social Security and Labour Ministry said.

The first proposals to allocate pensions came from the Genocide and Resistance Research Centre last September, with the monthly state pensions amounting to 116 euros a month to be granted as of 1 October this year.

The pensions were provided in line with the amendments to the Law on the Legal Status of the Participants of the Resistance to the 1940–1990 Occupations adopted by the parliament last June, which granted rescuers of Jews the status of participants of freedom fight, subsequently making them eligible for state pensions.

During World War II, the Nazis, often assisted by Lithuanian collaborators, massacred about 90 percent of the pre-war Jewish population of more than 200,000. Residents of Lithuania, mainly Lithuanians, rescued about 3,000 Jews condemned to death by the Nazi regime.

The Israel-based Yad Vashem centre of Holocaust studies has recognized 876 Lithuanians as Righteous Among Nations for rescuing Jews, with new names added to the list on a regular basis.

According to data provided by the Genocide and Resistance Research Centre, there are currently only around 100 people who risked their lives during WWII to rescue Jews from the Holocaust.