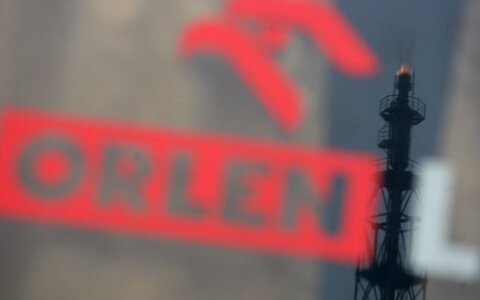 Petroleum company Orlen Lietuva responded to concerns expressed publicly by Lithuanian Railways (Lietuvos Geležinkeliai) over the company's finances. Orlen Lietuva said that the reduction of its authorised capital was not related to payment to shareholders but was used to cover losses, thus it will not affect solvency.

In late 2014, parent company PKN Orlen increased Orlen Lietuva authorised capital by USD 300 million following the provisions of the Lithuanian law and this helped to stabilise the situation.

The company said in a statement that PKN Orlen is valued at approximately EUR 6 billion in Warsaw Stock Exchange. Meanwhile, Orlen Lietuva is the biggest tax payer in Lithuania. Its assets, including immovable property, contracts, cash and other valuables are worth hundreds of millions of euros. Orlen Lietuva is a reliable partner and thousands of Lithuanian companies are looking to working with it, the company says. Their annual turnover with Orlen Lietuva exceeds EUR 500 million.

According to Orlen Lietuva, instead of negotiating and finding a solution, Lithuanian Railways is seeking media attention and publicity.

Meanwhile Lithuanian Railways says it offered proposals but Orlen Lietuva purportedly found them unacceptable. The state-owned transportation company says it is looking for a peaceful solution, to ensure that agreements are being implemented and to recover almost EUR 6 million in arrears for services.