US professor appointed to head Belarusian university in Vilnius 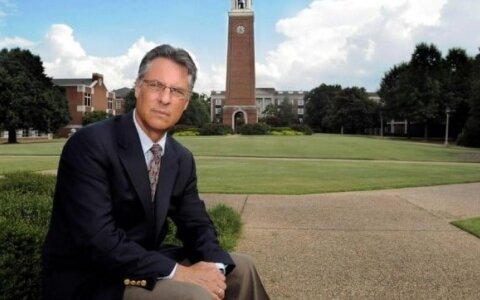 Professor David Pollick from the United States has been appointed as rector of the European Humanities University, a Vilnius-based Belarusian school.

The rector's appointment was approved at the general congress of the university's stakeholders. Pollick was the acting rector since 2014.

"We are determined to strengthen the international teaching and research standards to be able to continue providing superb university education based on European values," Pollick said in a press release circulated on Friday.

In his words, the university will also bolster its role in the creation of civil society in Belarus by expanding its operations.

According to the press release, Pollick, a doctor of philosophy from the University of Ottawa, has headed four universities in the United States. His grandparents come from Belarus.

Established in Minsk in 1992, the European Humanities University was forced to terminate its operations in the country in 2004 due to pressure from the Belarusian regime.

US professor appointed to head Belarusian university in Vilnius