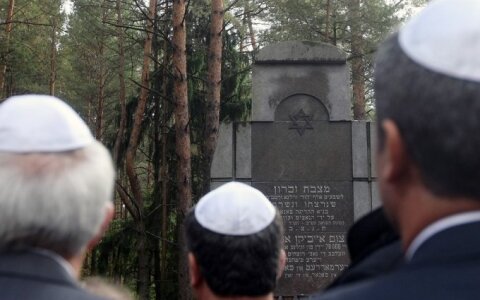 On the Holocaust Memorial Day, the traditional March of the Living will be held in Vilnius on Thursday from the Paneriai railway station to the Paneriai Memorial, with a ceremony held at the government to honor the Lithuanians who rescued Jews.

Before the march to Paneriai, the massacre site of 70,000 Jews of Lithuania, 600 young people will form a human David's Star in the Town Hall Square.

In the afternoon, the government will host a tribute and awards ceremony of the rescuers of Jews who have been recognized as Righteous Among Nations.

The Israel-based Yad Vashem center of Holocaust studies has recognized more than 800 Lithuanians as Righteous Among Nations for risking their lives to rescue Jews from the genocide.