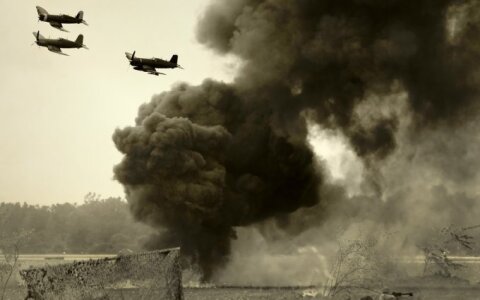 Lithuania marks the end of World War Two on Friday, with the country's president, prime minister and speaker of the Seimas attending commemorative events.

"World War Two took millions of lives and divided Europe for half a century. It's a tragedy of the twentieth century, which led to the Holocaust and Siberian forced labour camps. As we mark the 70th anniversary of the end of WWII, we must do everything we can to safeguard peace and fates of nations and people," Lithuanian President Dalia Grybauskaitė said.

According to a commemorative program announced by the Ministry of Culture, a service will take place at St. John's Church in Vilnius. A commemorative ceremony will be also held near Paneriai Memorial to honour victims of Nazism and Holocaust as well as Lithuanian, Polish troops and civilians killed during WWII.

Related articles
Opinion: The meaning of Victory Day in Russia
Lithuanian president to join end of WWII commemoration in Poland

Flowers will be also laid at Vilnius Antakalnis Cemetery at the memorial for WWII victims as well as at the Memorial for Freedom Defenders of Lithuania (the graves of the victims of the 13 January and Medininkai tragedies).

The memory of WWII victims will be also honoured at the cemetery of troops at Vingis Park in Vilnius.

In the evening, a concert In Memoriam will take place at Vilnius Congress Hall.

Moreover, under the initiative of Vilnius Riflemen's Union, 2,000 candles will be lit in the Cathedral Square in central Vilnius in the evening to form letters "WWII".

Lithuanian President Dalia Grybauskaitė has refused to attend commemorative events in Moscow, held to mark the 70th anniversary of the end of WWII in Europe. 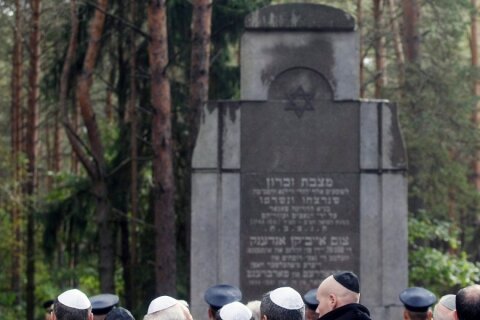