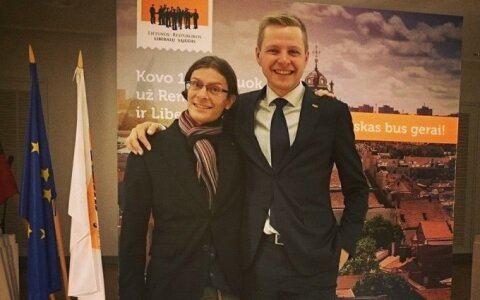 Mark Adam Harold, a British citizen and member of the Vilnius Council's Liberal Movement political group, has been kicked out of the group for a disrespectful Facebook post about Lithuania.

"The group decided to remove Harold as his behaviour is inappropriate for a politician and shows disrespect for Lithuanian people, which is neither compatible with the position of a councilor, nor the Liberal Movement's values and moral norms," Vincas Jurgutis, the group's leader, told journalist