Lithuania might be getting to something big: dual citizenship e-referendum 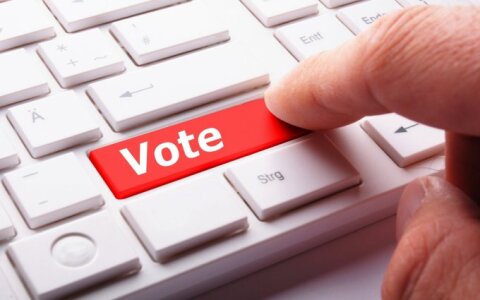 Russia's Vladimir Putin may have just done favour for Lithuania with his sardonic remark on “fewer Lithuanians” during his recent visit to Kaliningrad – even parties that had bristled against the idea of a referendum on allowing dual citizenship, might be embracing it amid the sabre-rattling from the East. Moreover, politicians might be getting cozy with another outlandish idea: get the folks say “yes” or “no” through e-voting.

The latter issue, along with the parties’ consent for such a plebiscite and the proposal to ease referendum conditions, are the three keystones that the World Lithuanian Community (PLB), led by the new chair, Dalia Henke, has put.

Related articles
Lithuanian diaspora leader: We agree to referendum on citizenship on 3 conditions
Opinion: Dare to be open

Conditions for a referendum on changing the constitution - as is the case with dual citizenship vote - are particularly strict. For the motion to pass, more than half of the entire electorate must say yes. With dwindling election turnouts, many doubt if as many people would come to the polling booths to begin with, let alone vote in favour. And if a referendum is called and it fails, the issue might be buried for years to come. 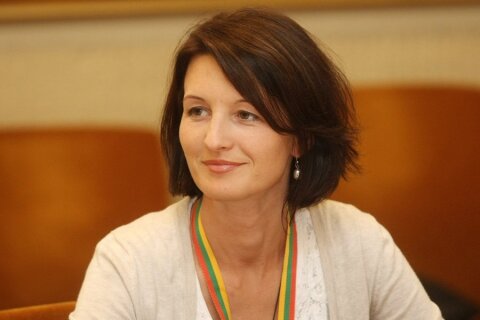 Hence the talks about e-voting that many hope could help counteract electoral passivity.

“Contrary to the popular belief that some major political parties, like the Homeland Union - Lithuanian Christian Democrats (Conservatives), are staunchly against a referendum on dual citizenship and e-voting, they are not largely against that, as a matter of fact. I am pretty optimistic the Lithuanian Seimas (Parliament) will pass the necessary legislation and pave way for the referendum on dual citizenship,” Lauras Bielinis, an associate professor at Kaunas Vytautas Magnum University and a well-known political analyst, tells the Lithuania Tribune.

Some politicians, meanwhile, note that the new PLB leadership, and the head, has shown “a lot more flexibility” on hot issues of citizenship.

“The old PLB Board would be against the referendum on dual citizenship, for example,” Gediminas Kirkilas, an influential Social Democrat, noted.

Introducing the dual citizenship referendum conditions, the Lithuanian diaspora head pointed out that, to begin with, online voting should be introduced as soon as possible. Second, Lithuania’s political parties should reach an accord because now they are far from united on the issue.

“Only with the help of everybody and by spreading the news about the upcoming referendum like a team, can we make the referendum happen - we believe that a referendum held now or in 2016 would simply fail. Lastly, the legal acts of the referendum should be altered and simplified,” Henke recently said on the national TV LRT.

The PLB leader had previously said that one should distinguish between two things: dual citizenship and preservation of the Lithuanian citizenship.

“Speaking about the latter, I refer to three generations of Lithuanians who have left the country since 1990…. I don’t think we have to cut off all the three branches when the number of us is below three million,” Henke said.

The Lithuanian Constitutional Court has already ruled that scrapping the law that, save for a few exceptions, does not allow for Lithuanian citizens to hold passports of any other country will require amending the Constitution; that, in turn, can only be done by a referendum.

When meeting Juozas Bernatonis, the Interior Minister, the PLB chair heard from him that the legislative package, including a draft on e-voting, had already been submitted to parliament for deliberations.

"It‘s exclusively up to the will of the parliamentarians whether all of us soon we will be able to participate in an election or referendum without leaving our home,” the minister assured her.

The Seimas has already given its initial backing to the proposal by the Lithuanian Liberal Movement to call a binding referendum on dual citizenship which would be held on the same day as general elections next October.

As the legislators are to take on the legislative package in the autumn, Lauras Bielinis, the political analyst, is convinced the majority will come in support of it.

“I see all moving towards that and I’m quite certain the issue will be solved finally,” Bielinis told the Lithuania Tribune.

Perhaps not all the lawmakers know yet how it can be done, but the intentions are obviously there for introducing dual citizenship, he says.

It is "a big myth" that the Conservatives stand against e-voting, the analyst insists, or that only the Liberals support such novel forms of democratic participation.

“Frankly, I believe that many Conservatives out there are still against it, but far fewer than before. Also, one should not forget the political spectrum is wider than Conservatives and Liberals,” Bielinis points out. “Many of the lawmakers, including the Conservatives, have had enough time to look into Estonia's e-voting and how it works. It has not, in fact, turned out to favour some single party. The proportions in e-voting are similar to the results of voting before the e-thing was introduced,” the analyst emphasized.

If enacted, e-voting would bridge Lithuanians of different generations “across the world” and turn up their larger numbers in the statistics.

Kirkilas, of the Social Democratic Party (SDP), says his party will support referendum on dual citizenship.

“It is up to the Seimas. It is likely to put its hands on the question in autumn. But if it comes to voting on removing some of the hurdles in the referendum law - I mean reducing the numbers (of voters) to have referendum passed, I don’t think the most will stand for it,” the parliamentarian says. 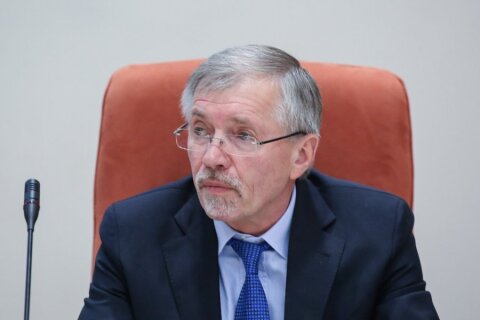 There has been attempts to ease referendum conditions in the past, but parliament has turned down such proposals, he points out.

“Referendum on dual citizenship through e-voting is quite possible. I believe we will see it, especially since the e-vote draft has been submitted to the Seimas and is going through the committees’ review,” Kirkilas said. “From what I hear, parliamentary groups will back the measure. It means it would be applied in the upcoming parliamentary elections and, possibly, the referendum on dual citizenship in October next year,” the MP says.

He adds that even if the Conservatives opted out of such vote, or abstained from it, MPs of other parties would ensure that the measure is passed.

Kęstutis Girnius, a political analyst of American descent, admits he has not been following closely the discussions on dual citizenship, but says he is “very sceptical” about the Lithuanian lawmakers braving up to change the referendum laws and get plebiscite on dual citizenship going.

“If it ever comes to amending the law, it will have to do with some fundamental issue, not with a single issue regarding dual citizenship,” Girnius tells the Lithuania Tribune.

It is hard to predict how parliamentary political groups would vote for on draft if it were ever put to a vote, he believes.

“Personally, I do not see it passing. There have been too few discussions on the issues. I do not believe the issue of dual citizenship can get the mottled flocks together to get the draft legislation passed. I reckon we should start off the debate (on dual citizenship enactment) with the Estonian example – get a good scrutiny of how things work there. Obviously, it has not been done yet here,” Girnius emphasizes.

He says he supports the initiative on dual citizenship but resists the endeavor to get it passed “through an ordinary referendum”.

“I do doubt whether it could overcome those high hurdles in the referendum legislation. Legislatively, they have been put high - so high that no referendum could ever succeed, as a matter of fact. I believe the enactment of dual citizenship should be preceded by some other constitutional changes,” Girnius says. “The Seimas should spearhead it. Still, it would be very hard for the parties to agree on the changes.”

“Both are sizeable and both have strong backers,” Girnius adds.

Lithuania might be getting to something big: dual citizenship e-referendum