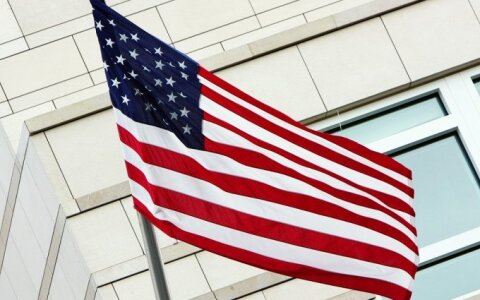 The US Embassy in Lithuania is looking for organizers of "investigative journalism training to counter Russian messaging in the Baltics".

The embassy wants to invite early and mid-career Russian and Baltic language journalists and other media professionals writing about Russia to take part in the training.

The application deadline is August 31, 2015. The advertisement says the training would last 12 months until November 30, 2016. The budget would be up to EUR 456,000, and the training would be funded by the US Department of State which is implementing long-term programs for promoting effective journalism across the world, Rima J. Vydmantas, a spokeswoman for the US Embassy in Lithuania, told BNS on Monday.

"As Russian propaganda and misinformation multiplies, the media in all three countries need the skills and tools to counter it with fact-based, credible news reporting," the embassy said.

According to the embassy, applications may be submitted by public and private non-profit organizations and institutions.

The successful program should also include a method or methods for connecting alumni of the program and ongoing networking both among the three countries and with US experts, the embassy said.

The ad also says the organization selected to organize the training will have to cooperate and consult with the US Embassies in Vilnius, Riga and Tallinn and embassy staff will also have to be invited to some of training sessions and be informed about speakers attending training sessions.