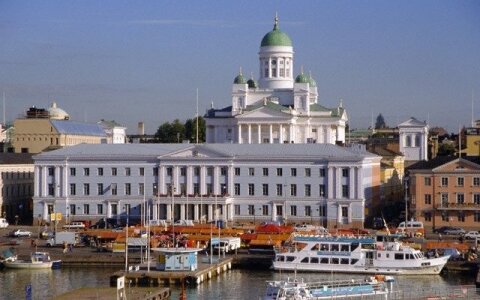 Deputy Minister of Foreign Affairs of Lithuania Neris Germanas took part in political consultations between the Foreign Ministries of Lithuania and Finland on 16 September in Helsinki, Lithuania's MFA said.

Germanas met with Finland's Under-Secretary of State for Foreign and Security Policy Anne Sipilainen to discuss bilateral relations, topical issues on European agenda, regional cooperation, security challenges and preparation for the upcoming session of the General Assembly of the United Nations.

Germanas stressed that cooperation with Finland and other Nordic and Baltic countries was one of the main priorities for Lithuania. The deputy minister highlighted that bilateral economic relations were dynamic and Finland was among the top 10 foreign investors in Lithuania, as well as the second-largest exporter of Scandinavian tourism flows to Lithuania.

Germanas said that the economic relations between Lithuania and Finland still had enough potential. The deputy minister invited Finland to join the Viking container train project and the Rail Baltica project, examined the opportunities that the Klaipeda liquefied natural gas (LNG) terminal presented.

The deputy minister stressed that the Nordic Baltic Eight (NB8) focus areas this year - energy security, the Eastern Partnership, Ukraine and strategic communications - were of particular importance for Lithuania. He underlined the importance of cooperation for strengthening security in the region.

During the meeting, the officials also discussed challenges the EU was facing with regard to migration flows, situations in Ukraine and Russia.