Lithuanian PM: Nordic and Baltic countries have to remain consistent in promoting their values 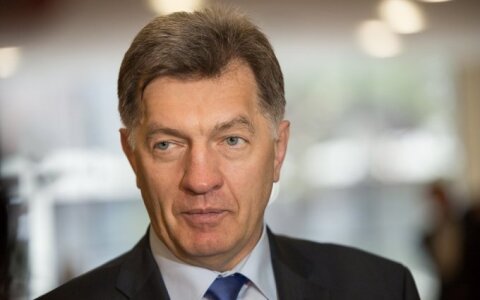 NB8 discussed regional issues regarding the international situation, security, Eastern neighbourhood, as well as economic reforms in Europe, including the strengthening of the Economic and Monetary Union.

"I welcome the dynamic development of Nordic-Baltic relations and fruitful cooperation in various fields. In view of the current geopolitical developments, as well as the regional and global challenges, our countries must remain consistent in promoting our values: respect for human rights and efforts to maintain international peace and security," said the Lithuanian prime minister.

According to the head of Government, it is necessary to continue paying due attention to the Eastern Partnership and offering further support to these countries.

As noted by the participants of the meeting, the situation in Ukraine remains of concern, Minsk agreements should be fully implemented, and the Russian Federation has to fulfil its international obligations and stop aggression in Ukraine.

Speaking about the improving European Union-Belarus relations, Prime Minister Butkevičius pointed out that the liberation of the political prisoners enables us to speak about positive trends in the relationship with the neighbouring country. "However, Belarus should strengthen the democratisation efforts. We are interested in maintaining constructive relations between the European Union and Belarus," said the prime minister.

Heads of Governments discussed the need to strengthen competitiveness and promote economic growth. According to Prime Minister Butkevičius, Lithuania understands that one of the ways to achieve these goals is agreement on a common vision and actions to strengthen the Economic and Monetary Union.

The head of Government pointed out energy as one of the guarantees of economic and social security and stability.

"The liquefied natural gas terminal in Klaipėda and the completed construction of power links with Poland and Sweden are new stages in Lithuania's history of energy independence and symbols of decreased dependence from Russia," said the prime minister.

Later in the evening, the prime minister will take part in the working dinner of the Northern Future Forum, which brings together Nordic -Baltic and UK Governments

Lithuanian PM: Nordic and Baltic countries have to remain consistent in promoting their values