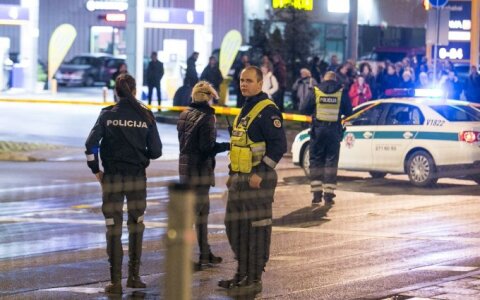 An extraordinary chase operation was held in Vilnius in Thursday evening. Around 3,000 police officers were searching for Igor Molotkov, a detainee who managed to grab a Kalashnikov rifle from the police and run. After five hours of manhunt, the fugitive was arrested near the Railway Station, on Palesos street.

While on the loose, Molotkov told his neighbours that after had been detained on Thursday afternoon for a minor offense, he was left alone in the back seat of the police car, his hands cuffed. The kalashnikov rifle had been left on the front seat. Molotkov managed to reach the gun which he later