Japan, a business opportunity too far? 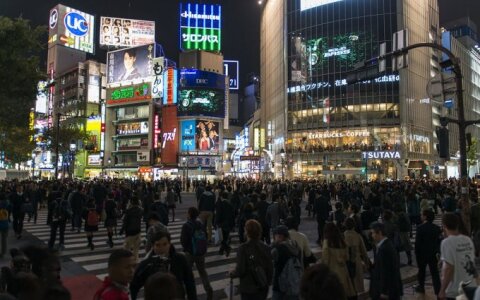 Walking through Tokyo Station on a weekday morning with tens of thousands of people leaves the impression of a well orchestrated ballet where the dancers manage to find their way through what looks like a labyrinth of train lines, subway, shopping areas and high speed train lines. Most of these people are the backbone of the innovative Japanese economy.

Although the Japanese economy has been stagnant for a few decades now, more recently there has been some economic growth. Japan's Central Bank has been easing the money supply in what is often referred to as Abenomics, named after the Japanese PM, Shinzo Abe. At least deflation has been turned into minor inflation, but most Japanese consumer goods, particularly restaurant meals and hotels, are almost at the same price as 20 years ago. Still, Japan has a reputation to be expensive, but that is perhaps a legacy from decades ago and most consumer goods and tourism are now priced very comparable with most West European prices.

Forty times Lithuania's population, Japan is also one of the most densely populated countries in the world. The island nation boasts a highly efficient well-integrated infrastructure. The celebrated shinkansen (high-speed train) whisks passengers in comfort at close to 300 km/h to all major centres on the main island. Constantly expanding and upgrading, the 500km distance that separates Tokyo from the second largest metropolis, Osaka, is completed in less than two hours and 30 minutes. Making four stops on the way, there is a service every 5 to 10 minutes between the three largest metropolises, Tokyo, Nagoya, and Osaka, at peak times. That is better than tram and metro services in most large cities elsewhere in the world. With an almost 100-percent punctuality, there never has been a fatal accident.

Japan's tourism slogan of a few years ago, 'Where the Past Greets the Future', could not be more aptly phrased. Utterly a most modern, largely Westernized country, yet with shrines and temples everywhere, including in some of Tokyo's most expensive and exclusive neighbourhoods. Japan is still the third largest economy, while on a per capita basis, it is still number two. It is a lucrative market, too, with high disposable income.

It is not an easy market to get into but, clearly, some Lithuanian companies have succeeded making headway into what may very well be one of the most difficult consumer markets. Japanese customers are notoriously fickle with high expectations for quality and service. The favourite story among exporter is that of a coffee table delivered to the Japanese household and then checked for any scratches to the bottom of the legs.

Sadly, it took a massive earthquake and a deadly tsunami in early 2011 to remind the world that numerous precision and indispensable car parts, as well as other highly innovative products, are developed and 'Made in Japan'.

The country is still at the forefront of scientific and technological developments and it is in that area that many of the opportunities may lay for Lithuanian companies. Laser technology developed by Ekspla and used in scientific applications makes up a large part of Lithuanian trade with Japan. Food and drinks, often the more visible, albeit lower-value-added exports, have found their way into the Japanese market. Lithuanian linen has received high praise from the Japanese. The famous Kyoto-based textile artist Hiroshi Saito, well known for his selection of fabrics and dyes, told the Lituania Tribune that he might consider using Lithuanian linen for future creations. 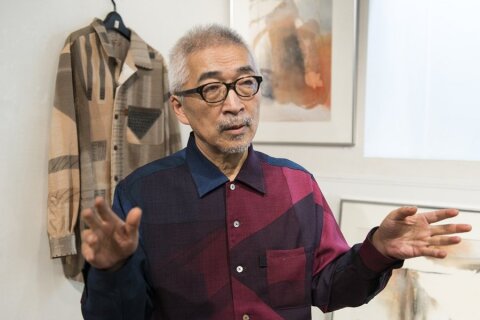 The country clearly offers a number of opportunities in trade and investment. The Lithuanian Embassy in Tokyo works hard to assist Lithuanian companies in achieving that goal and a focused approach is certainly required in such a large market. Science, particularly bio-tech, may very well offer the largest opportunities.

Although tourism from Japan to Lithuania has grown substantially over the last years, there is still a huge untapped market. Lithuania has a lot to offer for Japanese tourists. Not just the beautiful old town of Vilnius and nearby Trakai castle, but Neringa and the castles along the Nemunas down river from Kaunas. The legacy of the Japanese diplomat Chiune Sugihara is well-known to nearly all Japanese. The soon to be released movie about Sugihara's life, Persona Non Grata, will certainly elicit interest from many Japanese who have come to see Sugihara, rightfully, as a hero that stood up for values and made tough decisions guided by moral principle rather than bureaucratic guidelines. In addition to the historic ties, the open spaces and landscapes, such as in Neringa, appeal to people that live most of their life in densely populated urban areas. 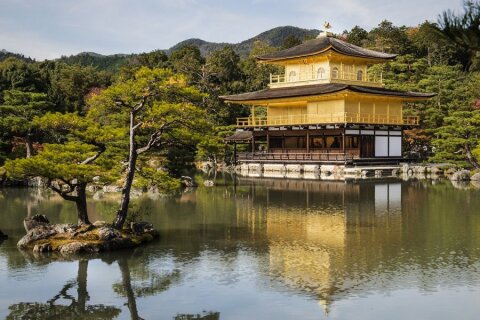 Clearly Japan offers opportunities to Lithuanian businesses that like to diversify markets, whilst tapping into an innovation-driven mindset that demands constant improvements in both products and application. The reward is a more diversified global market and outstanding input into demands by one of the most innovative markets.

Politically, Japan is an important ally for the Trans-Atlantic family in a world where both Russia and China flex their muscles or threaten to add bite to their bark. Both Russia and China have proven recently that they are ready to increase substantially their military spending and exercising expansionist territorial claims. The Russian case is well known in this part of the world. The Chinese have been laying claim to numerous islands in the South China Sea. Some of these claims have proven to be highly controversial, as in the case with some islands that have been historically Japanese for a very long time. In many cases, the Chinese have been reinforcing with concrete some shallow barriers (islands) and have proceeded to building airstrips to protect what they see as their turf. China and Russia have clearly chosen to go a more nationalistic path in recent years and have put the Western alliance on guard that it is no longer business as usual. Japan and the West are important trade and investment partners for China. There often appears to be a diplomatic tightrope between business, human right and military muscle flexing.

Japan, a business opportunity too far?