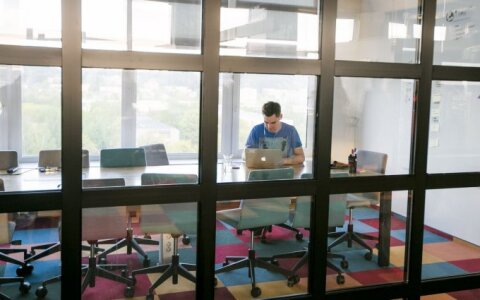 With several high-profile success stories, the Lithuanian start-up scene is showing much promise, although entrepreneurship support infrastructure still needs work in order to propel the country into becoming a global powerhouse.

Five years ago, the start-up scene in Lithuania was looking bleak. Apart from GetJar, an independent mobile phone app store developed by Ilja Laurs back in 2004, the Baltic nation had little to offer. Fast forward to 2015 and online clothing exchange, Vinted, attracted €25 million in investment from billionaire German investor Hubert Burda and his media empire.

This is the second seven-digit investment that Vinted, a posterchild for the Lithuanian startup ecosystem, received in just 18 months. Last year, Insight Venture Partners invested some €20 million in Vinted and this followed a first round investment of around €5 million by Accel Partners. Moreover, Facebook chose Vinted as one of their first partners for mobile advertising.

Even beyond Vinted, Lithuania now has a lot more to offer. Pixelmator, the Apple Store application for amateur designers, has attracted millions of users, with the image editor voted the best iPad app in 2014. Event planner yPlan has raised over €10 million from investors, including Hollywood star Ashton Kutcher, while online real-time journey planner Trafi, and the NanoAvionics team who launched the first Lithuanian-made micro-satellite into the earth’s orbit, are now globally-renowned Lithuanian businesses. 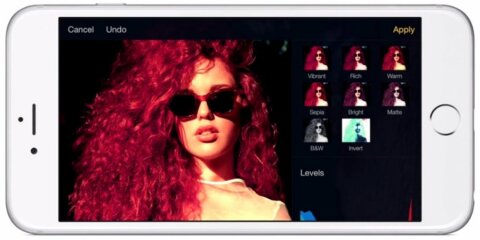 And things are looking up. Lithuanians are getting a grip on what it’s like to be an entrepreneur. “People are showing a lot more courage to start a business than ever before. Now there are plenty of young adults right out of schools and universities who want to make their ideas big,” said Linas Sabaliauskas, associate at law firm, Triniti.

Lithuania is a comparatively young market economy and so starting a business is still seen as something only experienced people should do. Yet this sort of attitude is changing. “Now we see people who have their second and third project underway. They are not afraid to fail and start again and this shows growing entrepreneurial potential,” Mr. Sabaliauskas said.

Roughly three million people live in Lithuania – a market too small for global ambitions. Vinted and Trafi both started locally, but soon found their business model could be easily applied overseas. Vinted expanded to Germany and other European markets, with the hope of conquering the USA, while Trafi operates in Latvia, Estonia, Turkey, Brazil and plans to expand in the Philippines, Indonesia, India and Mexico.

Global ambitions attract global investors, and foreign venture capital funds are becoming increasingly interested in Lithuania. “Western markets tend to get more and more saturated and we are still newcomers to the game. Yet Lithuania can offer fresh ideas with a mature attitude towards business planning,” said Mr Sabaliauskas.

According to Enterprise Lithuania, a government agency, the Lithuanian start-up boom kicked off in 2012 when Lithuania went from seeing one start-up funded in 2010 to five in 2011, and then 16 in 2012 and 2013. Last year that figure had hit 23. In total, 63 Lithuanian start-ups have attracted investment of €101.5 million over the last eight years, not counting the recent investment in Vinted by the German investor Hubert Burda. 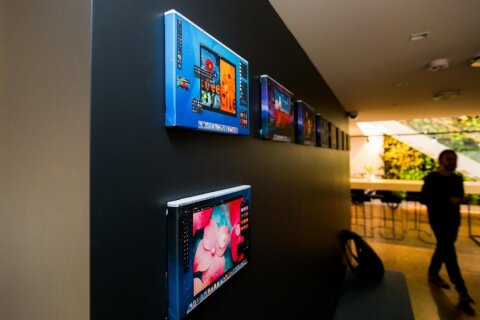 Yet optimism does not always reflect the bigger picture. The European Digital City Index (EDCI) that describes how well different European cities support digital entrepreneurship and ranks Vilnius in only 29th place (Tallinn – 20th, Riga – 30th). The struggle to acquire funding is still as real as it was last year and there is a visible lack of knowledge spill-over.

But this is about to change. Vilnius Tech Park, a common facility for start-ups, venture capital funds, accelerators and experienced professionals in the field, should open in midsummer next year. The idea for Tech Park is based upon the success of similar projects elsewhere in Europe. For example, after establishing Tech City UK, London saw venture capital funding increase ten-fold.

2014 and 2015 proved to be very successful for Lithuanian startups both in terms of investments and global exposure. Yet Lithuania still lags behind Estonia, where capital investments in start-ups this year may exceed €100 million for the first time in its history.

This reflects the fact that the Estonian startup ecosystem is more mature than in Lithuania, both in terms of businesses’ maturity and capital availability. Successful Lithuanian start-ups are only now entering the C phase for venture capital investment. With the end of the JEREMIE program aimed at financing small to medium-sized businesses next year, the need for foreign and venture capital investment will only increase in Lithuania.

It is not easy to predict how much investment the next generation of Lithuanian startups might attract in 2016, but the outlook remains positive, with a string of start-ups already gaining international attention and investment, and a more experienced and expanding pool of Lithuanian entrepreneurs that are not afraid to take risks.