Opinion: Drinking and driving, the case for zero tolerance 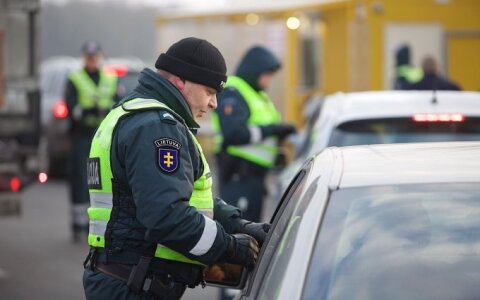 An increased number of deadly accidents and too high a number of positive alcohol tests during roadside checkpoints in several European countries have brought the issue of zero tolerance for drinking and driving to the forefront. The discussion about zero alcohol tolerance is rightfully also being discussed in Lithuania.

It is estimated that about 1/3 of all deadly accidents involve alcohol. Lithuania has a serious alcohol problem in general and too high a number of road accidents. It is baffling to see that Interior Minister Saulius Skvernelis already laments that the 'Blood Alcohol Content' bill may not gather enough support barely 10 days after introducing the proposal. It is time for the government to show political will and address this issue sooner rather than later. It is a bit puzzling that the first arguments against zero tolerance focus on extreme exceptions such as certain medications showing up as alcohol, on repressive measures or on the nanny state mentality. The misery caused by alcohol and the consequences of drinking and driving are far too high. Zero tolerance will send a clear signal to society that alcohol is a serious problem in Lithuania. It is high time to stop the road carnage.

There are many reasons for Lithuania to be proud of its achievements following the collapse of the Soviet Union. Alcoholism and deadly road accidents are not amongst these accomplishments. Lithuania is near the top in the EU when it comes to deadly accidents. Alcohol is a major factor in these killings. Alcohol consumption in Lithuania is in a league all by itself. Recent figures published by the OECD give Lithuania a heavy first-place lead. Lithuanians consume 60% more alcohol than the OECD average, beating Russia, Poland and the neighbouring Baltic states. Lithuania is one of the few countries that saw alcohol consumption increase substantially over the last 10 years. The World Health Organisation (WHO) estimates that, in Russia and most of its former satellite states, alcohol is blamed for 1 out of 5 deaths among males. It is a major contributor to reduced life expectancy, poor productivity and health care costs. A very serious problem indeed. 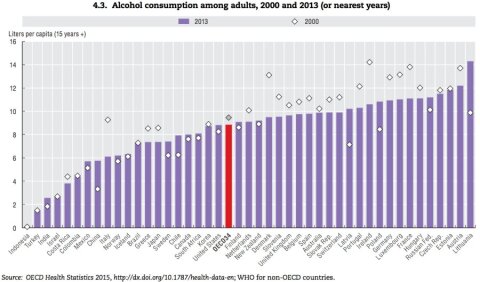 In nearly all countries were the issue is being discussed, the majority of people, even up to 70 percent of the population, agree to zero tolerance. In Europe, Sweden, Poland, Bulgaria, Hungary, the Czech Republic and Slovakia currently have zero-alcohol limits in force. In Norway and Denmark, fines for drinking and driving are the equivalent of at least one month's salary and the long-term suspension of the offender's driver license. Drinking and driving in Canada is a criminal offence barring those convicted from entering the USA (most Canadians live within 150 km of the USA border). Repeat offenders face jail terms in most countries that take drinking and driving seriously. In most American States, young offenders see their driver licences removed in addition to high fines. Hefty fines for drinking and driving offences are not rare in Canada, the USA, Norway and Denmark. The Netherlands, one of the safest countries in the world to be on the road, is also contemplating zero tolerance, but there are worries that this will simply lead to less roadside checkpoints.

All road safety specialists agree that enforcement of the law with frequent unannounced road checkpoints is a key factor to stop drinking and driving. Interior Minister Saulius Skvernelis does not need to wait for changes in the law to implement more frequent alcohol controls. Do not let exceptions become the rule. Zero tolerance will eliminate all guesswork as to the number of alcohol beverages that can be consumed before driving. Many lives will be saved. The misery caused by accidents involving drunken drivers will be eliminated. A strong signal will be send to society that it is time to change. Everybody should know that 8 hours are required between moderate drinking and driving and at least 12 hours after drinking 3 glasses or more. The taxi trip back home should always be the least expensive option to coming home after having a drink.

Opinion: Drinking and driving, the case for zero tolerance