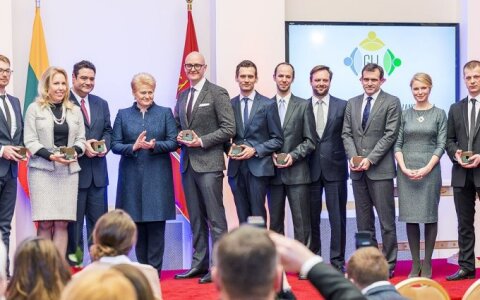 There was a feel-good atmosphere in the Lithuanian Presidential palace in Vilnius on Tuesday afternoon as Lithuanian President Dalia Grybauskaitė hosted a ceremony honouring the Global Lithuanian Awards. The annual awards are presented to individuals who, in one way or another, have contributed to Lithuania's welfare domestically or abroad. The President and Foreign Minister Linas Linkevičius praised the initiative and made it a point that a country is more than its geographical and demographic size.

Most of the nominees had been studying, working or living abroad, spreading a very positive image of the country through their actions. Many of those celebrated at the event, which was organized by the Global Lithuanian Leaders organization, had returned to and invested in Lithuania, making good use of a productive and knowledge-driven workforce.

The Investments to Lithuania Award went to Aurimas Adomavičius, who established an innovative IT solutions company called the Devbridge Group in 2008 in Chicago. The company established a branch operation in Lithuania in 2011. Today, the company operates branches in Kaunas and Vilnius that employ 150 people. There are plans to expand even further and employ a staff of 250 in 2016.

Trafi founder Martin Gudonavičius was awarded the 'Lithuanian Ideas Go Global' award for his public transport information app. Gudonavičius' company operates in Lithuania, Latvia, Estonia, Turkey and Brazil. Providing real-time information about public transport, Trafi has already attracted €5.5 million in investments. The app's scalability will see the company expanding in 2016, with local partners in densely trafficked cities in Asia. Apple assessed Trafi it as one of its best apps of 2014. 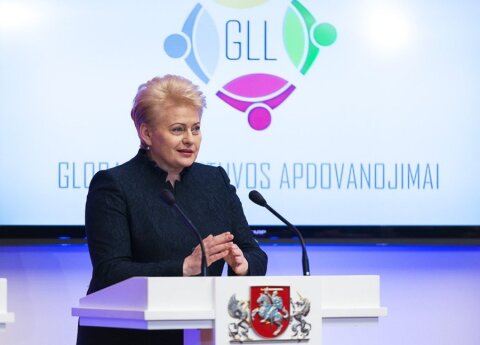 The 'Global Innovations Go Lithuania' award went to brothers Mindaugas and Raimundas Steponavičius. When Raimundas returned to Lithuania after obtaining a PhD in spectroscopics in the UK, he established Sprana with his brother, Mindaugas. Based on Raimunda's PhD thesis, Sprana has created monitoring equipment that analyses industrial processes, like a UV analyzer for inorganic fertilizers. An innovation-driven company, Sprana, has already won several awards, including the '2014 Innovation Award'.

Akmenė-based Arnius Bijanskis won the 'Local Impact of Global Experience' Award. Bijanskis applied his experience, based on a multitude of construction projects in Norway and Sweden, by setting up Avastata, a modern wood processing and furniture manufacturing company. The Avastata Group now employs 111 people and they support the Akmenė sports centre, childcare and disabled homes as well as the local basketball and volleyball teams.

Finally, Delfi readers were invited to vote for the person promoting Lithuania's name in the world. Photographer Paulius Staniūnas received the award from President Grybauskaitė for his online publications "All is Amazing", "Same Same" and the magazine "Juice".

Lithuanian Foreign Minister Linas Linkevičius bestowed the lifetime honorary Global Lithuanian Award on the legendary Lithuanian basketball player, Arvydas Sabonis. Mr. Sabonis could not be present and his acceptance was shown via video.