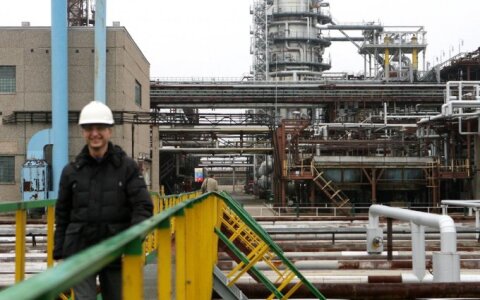 Russian oil will be once again supplied to the Orlen Lietuva oil refinery in Mažeikiai as the new head of the company Wojciech Jasinski is increasing raw material imports from Russia, newspaper Gazeta Wyborcza reports.

(Starting on 11 January, this article and others like it will only be available to Corporate subscribers)

The former head of Orlen oil company, Jacek Krawiec, was buying oil from Saudi Arabia for the refinery.

Despite political differences between Poland and Russia, Igor Sechin, manager of the Russian oil concern Rosneft, said that the partnership with Poland had been tested for many years and is based on what he said was a long-term and mutually beneficial cooperation.

At the end of 2015, Rosneft signed a contract with Orlen to continue Russian oil supply to Poland, as well as to ensure the ability to increase the amount of oil from 6 million to 8.4 million tons annually.

The raw material from Russia will travel to Orlen in Plock via the oil pipeline Druzhba and through the oil port of Gdansk. Russian oil will reach the refinery in Mažeikiai, Lithuania, through the Būtingė terminal.