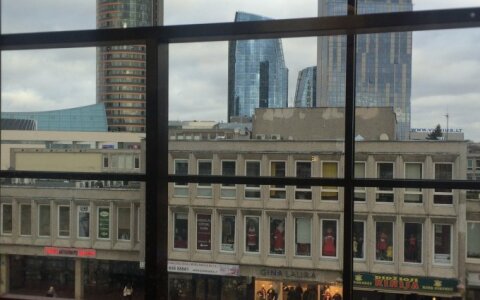 This was driven by a range of new international players entering the market with transactions for large commercial facilities in the past year, such as the international investment company Partners Group, Vilnius, buying the business centre "Worth" and two shopping centres in Kaunas and Klaipėda.

“The fact that large foreign investors are increasingly coming to the Lithuanian commercial real estate market is a proof that it is not only trusted, but it is held as attractive and viable. Typically, before taking such a step, international investors deeply analyze the market situation and its potential. The average return on investment in Lithuania is still significantly higher than in Scandinavia or other mature markets,” said Egidijus Damulis, the head of the INVL Baltic Real Estate.

Related articles
Where do Lithuanians own the most foreign real estate?
Apartment rents will go down, economist says

According to the data from real estate company Ober-Haus, the biggest investments by country were from Switzerland at 36%, followed by Denmark at 20%, and Estonia – 16%, Netherlands – 13%, Sweden – 3%. Lithuanian investors contributed a relatively modest 12% of total investment in commercial real estate in the three quarters.

These figures covered investments in offices, retail, warehousing or production facilities worth more than €1.5 million.

The investments are being driven by the high returns available on commercial property in Lithuania with returns ranging from 7% to 8.25% on modern offices in Vilnius, one of the highest rates across European cities, according to Ober-Haus data.