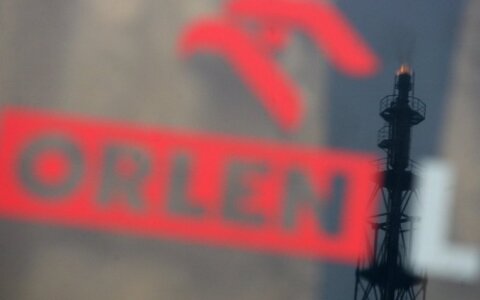 Orlen Lietuva profits jumped to €217 million last year after a loss of €109 million in 2014 yet the company paid significantly less in taxes Lithuania last year than it did in 2014.

In 2014 Mažeikiai oil refinery suffered a €109 million loss, but last year the decrease in oil prices and higher margins in refining allowed the company to earn a substantial profit. However, according to the State Tax Inspectorate, Orlen Lietuva has paid €309.7 million in tax in 2015 down from the €384.5 million the plant paid in 2014.

Marius Dubnikovas, the head of the Tax group at the Lithuanian Business Confederation thinks that the lower sum of tax is associated with a significant decrease in fuel prices.

“Fuel prices declined, so the budget collected less VAT because it leads to lower prices. In 2014 diesel cost was five litas per litre, now the price is less than one euro per litre (3.45 litas),” said Dubnikovas.