Opinion:Political Correctness - a road to hell paved with good intentions 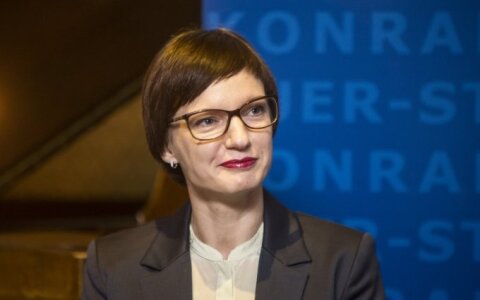 A year ago, when Islamist radicals shot and killed eight members of Charlie Hebdo’s editorial office, Europe bravely stood up for freedom of speech and declared it would not be intimidated. A free press is exactly what separates us from undemocratic regimes, and we will fight for it. When those attacks happened, we couldn’t have dreamed in our worst nightmares that Europe itself would soon voluntarily give up freedom of speech, embracing a new era of political correctness where democratic states like Germany or Sweden would be reluctant to share the real truth.

When information about mass sexual assaults in German cities reached the German people four days after it happened, via national media channels, Cologne’s police chief and city mayor urged German society not to attribute these crimes to migrants.

In the age of social media and technology, it is incredible how such mass crimes could go unreported for four days. It can only be assumed that self-censorship thrives not only in German public institutions and media, but among German citizens themselves. But it now looks like these attacks in Germany and also Scandinavia have opened a Pandora’s box: long-hidden facts and public rage are being brought to light.

It’s not normal or acceptable for private companies or public institutions to cover up what is going on, especially in long-standing democratic states - but it’s not uncommon. Things happen - but if they are being covered, it doesn’t take long for the free independent media to shed light on them.

It is an extremely unexpected turn (to say the least) when the media does not report such crimes. Especially the national broadcaster, funded by taxpayers, is supposed to be unbiased and should always try to tell the truth. In light of what has happened, they need to seriously assess their editorial processes after a story like that goes unreported.

Sadly, these events also highlight something else: the police were afraid to name the origin of the suspected criminals. Moreover, police officers admitted that they were not allowed to even talk about the “migrating Roma groups”, and were commanded to call them “people who often change their place of residence”. Cologne’s police chief initially tried to emphasize that criminals’ primary intention was to rob their victims, and sexual advances were more of a way to distract them. He refrained from pointing out the origin of the suspects because it was “politically tricky”. (By the way, back in autumn when DELFI reporters were writing about the migrant crisis in Vienna, they recorded local stories revealing that crimes committed by migrants were being covered up.)

The media was also reluctant to disclose that the suspects were of the North African and Middle Eastern origin. Not only was it reluctant to report the truth - it also formed an aggressively politically-correct line.

Let’s take criminology professor Christian Pfeiffer, who was a former Minister for Justice of Lower Saxony. He openly admitted during a talk show that there actually is a set practice on how Germany’s national television prepares their interviewees. He said that the editors of a certain TV program had urged him not to mention migrants during the show; or otherwise the interview will be stopped. Say nothing on the migrants, unless it is good.

But if there were some negative aspects related to migrants, the interviewer can mention them but with a clear additional statement that “it cannot be said about all migrants”.

German experts say it would be disproportionate to label the German media as “the media of lies” as expressed by far-right “Pegida” demonstrators. However, when discussing the political education lessons organized by the media, they spoke about the existence of a “cartel of silence”, “information blocking” and “party journalism”, an environment that is more common in totalitarian regimes and dictatorships.

Swedish society was also angry that such crimes were covered up. Swedish women were also attacked by men from North Africa and Middle East on New Year’s Eve while police only now promised to investigate media reports (that were just now brought to light) that a group of young men – mainly from Afghanistan – molested young girls during the youth festivals back in 2014 and 2015.

There are numerous self-censorship initiatives in Lithuania as well, including journalists from LRT (Lithuania’s national broadcaster). When the migrant crisis escalated, journalists on Facebook were urging the public to control and punish the media for spreading politically incorrect information. They were particularly displeased with other reporters’ publications from migrant hotspots in Europe because they wrote what they actually witnessed, not some polished fairy-tale.

After the Cologne attacks the same politically correct journalists hurried to educate their colleagues and advised them what terms should be used when publicizing the scandal, and which ones they should be refraining from. They were also told not to “stigmatize the migrants”.

Excessive political correctness is not only taking place in Europe and not only in this particular context of migrants. In recent years British weekly newspaper The Economist has featured numerous publications about the manifestation of political correctness in US and UK universities that have always been a haven for free thinking and open debate. But the students themselves got so carried away by this political correctness that they started to censor themselves – their press, their professors, their guests and even their Halloween costumes.

It looks like the “safe spaces” on [American] university campuses, where students can spend time without the fear of being persecuted for their beliefs (the historic precedent for such places are bars and clubs where homosexuals could hide from real persecution), are rapidly expanding. As The Economist described it, students demand (while college and university administration agrees) that professors and visiting lecturers should strive for “psychologically safe learning environment, avoiding ideas or imagery that might prove distressing”.

Laura Kipnis, a feminist scholar at Northwestern University, caused a stir when she revealed that students had sued her after she wrote that some sexual-harassment complaints are exaggerated. Ms Kipnis was cleared after a 72-day investigation.

Last year a discussion about abortion was cancelled at Oxford University because students complained that they would feel unsafe listening to people who are against abortion. Students at Colorado College managed to cancel the screening of the movie Stonewall about the riots in New York because the role of some minorities in the gay movement was portrayed less prominently than they thought it should.

Students insisted on "trigger warnings" in assigned reading about racism and violence, and various speakers, such as former secretary of state Condoleeza Rice or satirist Bill Maher, could not deliver their speeches for “safety reasons”.

Mount Holyoke college theatre troupe announced that they were not producing The Vagina Monologues anymore because the play discriminated against women without vaginas.

The photos of half-naked women in university newspapers, songs with controversial lyrics and lectures of radical speakers were banned, people with different opinions were put under pressure, and provocative artistic campaigns were being attacked.

The fiercest censors are students, not professors. Professors are afraid to talk to students about social or ideological phenomena because they can easily be accused of traumatizing students. In other words – they are afraid to resume the regular academic workflow and intellectual explorations. The current politically correct buzzwords (“safe spaces”, etc.) are merely a different package of the principle of the first political correctness movement: people are expected to take the greatest offence even at the slightly unpleasant ideas or behaviours, says analyst and writer Jonathan Chait.

Political correctness is turning into self-censorship that is a bit softer but also a more dangerous form of real censorship. Russian journalists could tell you a lot about it: not all of them receive orders from Kremlin or phone calls from Vladislav Surkov, but they are sensible enough to not raise certain questions or cover some issues if they want to live in peace. But Russia’s regime is non-democratic. The Western world is a whole different story – journalists here should not be concerned with self-censorship.

Self-censorship, even if fuelled by the best intentions, is still a form of censorship that has nothing to do with freedom of thought, opinion and speech. Nevertheless, the thriving superficial political correctness in Western social media affects ongoing political debates and – eventually - the media, says Chait and he gives some very specific examples.

Even the US president implicitly asked American people to refrain from certain comments that might be insulting. He began by praising the wisdom of America’s founding fathers for their sophisticated understanding of the relationship between freedom of speech and freedom of religion. He continued by saying that “in modern, complicated, diverse societies”, Americans must “exercise civility and restraint and judgment”.

His bottom line was that just because you can say something, it doesn’t mean you should. But that’s not quite how freedom of expression works. Exercising judgement over what one says or does makes some common sense, but this is a matter of personal choice, not public command.

“Rights are not about civility or manners or being sensitive; they’re about unbending individual freedoms. What is the value of a right if people feel obliged (or subtly compelled) to not exercise it in practice? Mr Obama’s statements reflect an increasingly popular sentiment: that diversity of culture, instead of increasing diversity of expression, should actually constrain it," writes The Economist.

The trap of political correctness lies in that the loudest and therefore supposedly most significant part of the society draws the line for everyone else – what they can or cannot say or write. Those who dream about a super-polite and unified society do not realize that the role of the loudest and most significant part could easily be taken up by the likes of the Garliava mob (group of activists who took justice into their hands following a high-profile case of unsubstantiated child abuse charges).

Riding the wave of political correctness, its enthusiasts do not even notice that they’ve become much uglier dragons than the one they just recently beheaded. By desperately trying to create an “equal society” they are becoming these “right-wing middle-aged white men with solid income”, whose domination they were trying to get rid of for so long. Or maybe it is very convenient to attack their opponents hiding behind political correctness.

“Politics in a democracy is still based on getting people to agree with you, not making them afraid to disagree. The historical record of political movements that sought to expand freedom for the oppressed by eliminating it for their enemies is dismal,” says Chait.

Yes, I also find Charlie Hebdo cartoons cheap and tacky. I would never subscribe to such a magazine, but they have the right to exist, just like the opinion of those who criticize them. Not all migrants are criminals, but if they are forming gangs and harassing women, their origin must be disclosed, and the media will sin only if it hides the real facts, not if they are revealed (and allegedly stigmatized).

Voltaire’s quote - “I might disagree with your opinion but I am willing to give my life for your right to express it” - takes on new meanings in today’s Europe. “Express” is the keyword here – we must not swallow it obediently fearing social media mobbing, because “safe spaces”, “cartel of silence” and other similar phenomena have never formed a part of Western culture and have never been the basis of democracy or a free media.

Meanwhile, Italy greeted the president of Islamist Iran (who is constantly violating human rights and trolling the world with nuclear activities) with excessive respect – not serving wine during the reception and covering up nude statues. It looks like it’s about time to open people’s eyes rather than covering them up.

Opinion:Political Correctness - a road to hell paved with good intentions