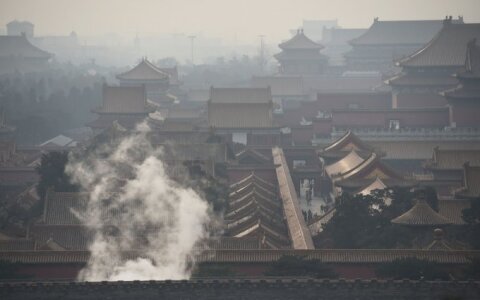 The Chinese company has been interested in Lithuania for a number of years now and it has already agreed a number of deals in Lithunia. CMG has signed three memorandums in Lithuania to date - with the Kaunas free economic zone, with Lithuanian Railways and Klaipėda State Seaport. A letter of intent has also been signed with logistics company VPA Logistics.

CMG agreed to establish a joint venture with Lithuanian Railways and announced plans to build an external port in Klaipėda and two representative offices in Vilnius and Klaipėda. CMG plans to build a product distribution centre in Kaunas free economic zone.

China Merchants Group chose Lithuania last year as a location for China's new Silk Road Strategy implementation with the company planning to set up the so called One Belt One Road cooperation centre in Lithuania composed of transport and industrial complex. Under the One Belt One Road strategy the country is aiming to strengthen relations with Asia, Europe, the Middle East and Africa.

The company plan to completed a new $500 million industrial park in Belarus that will form a cornerstone of its strategy in the region. The park has already attracted companies like Huawei and ZTE.