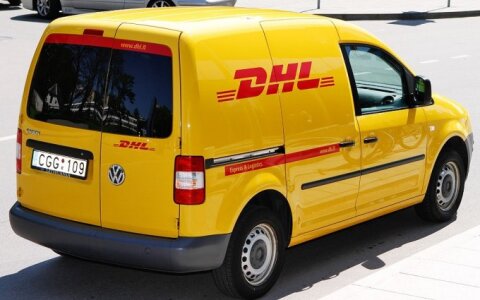 Deutsche Post-owned DHL is to develop a new parcel delivery service and network across Lithuania, the Baltic States and Scandinavia in cooperation with Finnish postal operator Posti and Bring, a subsidiary of Posten Norge, the Norwegian postal operator.

The companies are joining forces to jointly offer a dedicated business to consumer delivery infrastructure from April for parcels across the Baltic states, Scandinavia, and Finland.

The new joint venture will be a direct competitor to the Lithuanian Postal service, Lietuvos Pastas, which has expanded into offering self-service parcel terminals around the country.

DHL Parcel said it is aiming to exploit the strong trend of cross-border online shopping in northern Europe as well as high e-commerce potential in the Baltic States and Scandinavia.

It is expected that e-commerce volumes will grow by 6% a year in the Nordics and Baltics to 2020. The market is currently worth approximately €22.8 billion.

In the Nordic and Baltic States, expenditure on online shopping is well above-average with expenditure per person significantly exceeding the European average.

Across the EU more than 56% of all inhabitants have ordered something at least once in a non-domestic online shop, according to a recent EU Commission report.

The company said that the delivery network in Scandinavia, Finland and the Baltics will be the largest operated in these markets and will include 6,500 parcel shops and parcel stations by the end of 2016.