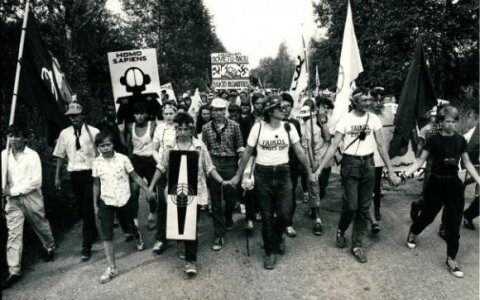 A new documentary explores the green movement in Soviet Lithuania that challenged the Soviet regime and contributed to Lithuania's path towards independence.

The Green Musketeers, a film by Jonas Öhman, centres around the environmental organization Atgaja, that was established in Kaunas in the 1980s, and its leader Saulius Gricius. Atgaja activists staged radical and creative protests against the totalitarian system, contributing significantly to the growing movement for Lithuanian independence, film creators says.

The documentary is premièring in Kaunas on March 20 and will later screen in Vilnius as part of the Kino Pavasaris film festival.

"Flowing water that surrounds Gricius' close acquaintances, members of the legendary environmental movement, has become the main motif of the film that symbolizes the flow of life and time", says director Jonas Öhman.

Öhman says that he wanted to explore the side of Lithuania's modern history that has been slightly forgotten and little-known for the young generation of today. 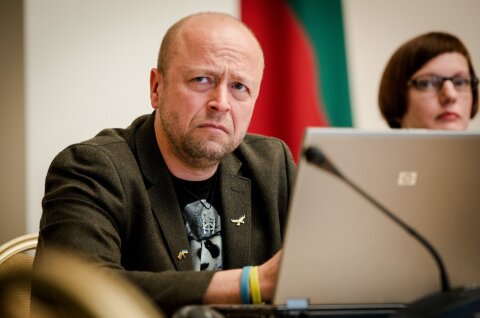 Saulius Pikšrys, the current chairman of Atgaja and close friend of Gricius, says the campaigns of green activists in the Soviet times would attracts huge crowds of young people and threaten the regime.

"Saulius Gricius understood the significance of the impact that massive rallies could make on the then government, which is why he urged his friends to participate in the Ecological protest march. During it, we were carrying the Lithuanian tricolour flag in the most remote corners of Lithuania and proclaiming that the Soviet administration was executing ecological genocide, that industry and agriculture were doing irreparable damage to the environment, that military bases were committing inadmissible crimes against nature," Pikšrys says.

"In the summer of 1989, Saulius Gricius, with the help of Atgaja people, organized an even more impressive campaign - the Peace March from Vilnius to Klaipėda. Its participants took the Russian military by surprise. Activists entered the military airfield in Kėdainiai through a hole in the fence and sat down in complete silence, holding banners 'Red Army, go home'.

"For Atgaja, it was important to draw attention not only to environmental threats, but also to promote anti-war ideas, show that the most effective tool against violence is non-violent resistance," says Pikšrys.