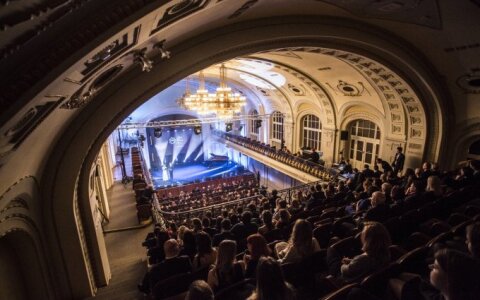 This year's film festival has focused on social issues and volunteering, which is reflected in its program. The event includes special film showings for seniors, gifts for charity volunteers, and discussions about violence against women. In line with this theme, the festival will also include a noteworthy film about called Vaineta by Vytautas V. Landsbergis about a girl in Lithuania suffering from cerebral palsy.

Below are photos from the opening of the festival, featuring both Lithuanian and international stars and public figures.