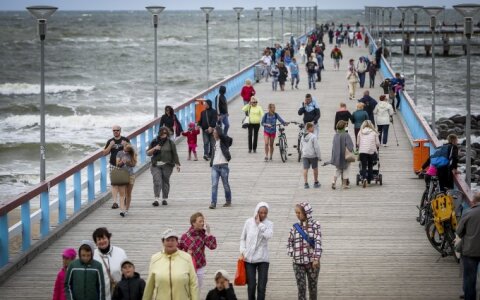 The exodus of Lithuania’s population has slowed down a little over the last few years, but a glint of hope may come from where few people expected - the seaside.

Bucking the current national trends, coastal Palanga and Neringa municipalities last year enjoyed a positive migration balance, meaning that more people hunkered down in them than left. They were joined by the municipality of Klaipėda district on a short list of municipalities which saw more settlers than émigrés last year.

Economists say that the resorts’ rapidly improving infrastructure orchestrated by local mayors, is behind the cheerful statistics, but there is much more behind it.

“To me, an individual’s success is about two-way traffic. Many people want just to get something from the environment they live in. But if you want to succeed in it, you must give something for the community,” said Tautvydas Lubys, a 20 year-old Palanga resident.

He has spent much time volunteering at school in Palanga and, later, in Vilnius, where he studied cultural management. But he also agrees that creating of a vibrant cultural atmosphere and employment opportunities - which is in hands of a town or city - is pivotal.

“The vibe that Palanga exudes lately is really good. Even in off-season there are more activities and opportunities. The resort has done much lately to enliven life here. Not only a series of culture buildings, like the new 2200-seat Concert Hall have been erected, but the community has become more cohesive and robust. With “Wizz Air” and “Ryanair” flights to Palanga, new business opportunities arise and young people want to embrace them,” the Palanga resident told Lithuania Tribune.

After the completion of the studies at Vilnius College, he confesses, few of his peers expected to see him back in Palanga but he insists he loves it here.

“To the multiple questions why I preferred Palanga over Vilnius or another big city anywhere else, I answer this way: “I’ve not found anything miraculous in Vilnius,” Tautvydas said. “As I am not much into the club scene, which holds part of my peers in the capital, I was not interested in Vilnius.”

He was among 862 residents who came to live in Palanga in 2015 - the figures for those who departed from the resort last year stood at 623. In Neringa municipality 299 residents arrived and 189 left, with a 2,799 intake and 2,182 leaving in Klaipėda district.

Aras Mileška, the chairman of Klaipėda City’s Employers Association, agrees that much depends on individual efforts but the reality of the local labour market cannot be ignored.

“Although there is a sufficient supply of workers in Klaipėda local employers are still dealing with a shortage of skilled workers. Many good blue-collar workers have left for better jobs abroad,” he told Lithuania Tribune.

Although the lack of skilled worked is tangible, the business has adapted to it, he said.

“With no suitable workers around, the businesses tend to mechanize and especially robotize the manufacturing. Therefore, around 10% of workers were laid off in Klaipėda last year,” Mileška emphasized.

He is convinced that emigration will persist in being an issue in the country and the region, too.

“When I talk to Klaipėda schoolchildren, I always tend to ask them how many of them would like to stay in Lithuania. A whopping 70-100% of the youngsters usually reply they see their lives abroad. It’s not a good sign,” Mileška said. 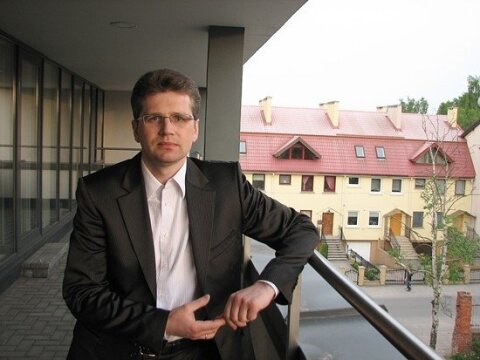 Despite many best Klaipėda companies can offer competitive wages in the range of €1,000 euro for the best workers, many employees, tend to leave.

“Just because in Germany or Norway, for example, they get paid three or four-times more than here,” Mileška said.

But Tautvydas Lubys argues that not just the pay makes a human happy.

“How you feel and what opportunities you can have in your own town are getting more important to more young people nowadays. That is why I am in Palanga,” he said.

Tautvydas has just started working as the head of Palanga Youth Studio, a new municipality-supported organization, aiming to rev up local youth activities.

“It feels good to know I can do something for the youth and the town. It’s rewarding to see the efforts already pan out. If all goes well, I want local youth to become a force - very diverse, outspoken and driving the town forward,” Lubys told Lithuania Tribune.

Back in Vilnius, he was offered a part-time job in the field of culture, but having weighed all the pros and cons of the offer, he turned down it.

“I would have spent much more if I had accepted it than I would have earned. The living costs are exorbitant in Vilnius and the traffic dooms one to pesky jams. That is not an issue in Palanga. So I packed up and came back to Palanga.”

Upon hearing my remark that many other young people from Palanga tend to look down upon their hometown, he burst into laughter, noting that most of young people do not know what they want in their lives.

“I’ve asked my peers where they see themselves in five years from now. Astonishingly, the majority got puzzled by the question and could not produce any definite answer. The others said they will go with the flow,” Lubys said.

“There are young people who want change here. I am among them.”

As the head of Palanga Youth Studio, he is busy now with a plan of action.

“I want to stop young people from strolling aimlessly on the streets. I want them to get together in the studio, where they would be able not just talk about their daily lives, but also engage in creative activities,” Tautvydas said.

He believes that the most important thing in life is going after your own dreams.

“There’s this twisted understanding among young people that emigrating can fulfil their dreams. It’s wrong. Many of my friends who stayed in Palanga feel much happier and better off than those who decamped.

“As young entrepreneurs, they are not that much interested in the traditional businesses like food or accommodation services, but they aim to make Palanga a year-round happening place, with a lot of amusement, fun and possibilities,” Lubys said.