Germany ‘will send more troops to Lithuania to deter Russia’ 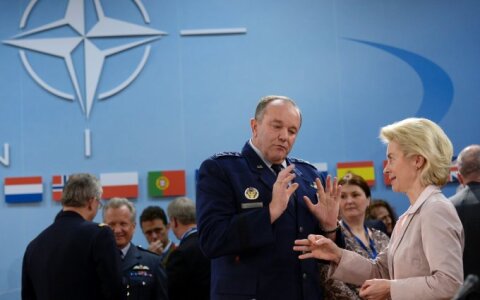 “Due to requests from Eastern partners, NATO will send more troops to the border of Russia,” reports Der Spiegel, quoting sources that said that the Bundeswehr intends to strengthen forces particularly in Lithuania.

According to the sources, such a plan should be adopted during the NATO summit in Warsaw in July.

Spiegel reports that Chancellor Angela Merkel has already informed her closest partners of the move in a mini-summit during US President Barack Obama‘s visit to Hanover. Meetings with the heads of British, German, French and Italian governments took place.

The move would see around 1,000 troops stationed in Poland, Romania and the Baltic States.

President Obama had expressed the hope that Germany and the United Kingdom would join with the US in increasing its commitments in the Baltic States and Eastern Europe ahead of the Hanover meeting.

"We welcome Germany's decision. This is a strong step of solidarity toward enhancing our security. We have been seeking for some time now that our allies deploy a battalion-size unit. The defence minister [of Germany] has phoned me to confirm that they have made such a decision. We are likely to get some official news as well," he told BNS.

According to Olekas, that would be a battalion-size unit formed on the basis of German troops with full support, with final decisions expected to be taken at the NATO summit in Warsaw in July.

Germany ‘will send more troops to Lithuania to deter Russia’