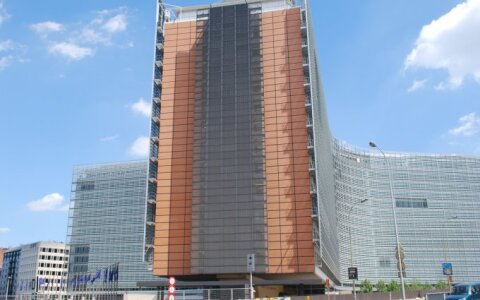 “The proposal means that sovereignty is taken away from all states and someone can make decisions on what to do if they do not implement the decisions, in my opinion, wrong decisions. The force, intimidation principle is in itself harmful to the European Union and pleases persons like Putin and others who dream that the European Union would fall into pieces as soon as possible,” said Valentinas Mazuronis.

“We should probably be the ones to decide which individuals can get here, and which ones we would like to stop at the border. That spreading multiculturalism in Europe has already made a lot of problems, caused a lot of tension in many countries, Germany for example. A new wave of refugees came to European countries and crime there increased by 45-50%. So how do these things happen?” said Kęstutis Masiulis, a member of Homeland Union-Lithuanian Christian Democrats, member of parliamentary Foreign Affairs Committee.

“It is obvious pressure. I compare it to the Soviet period when our Lithuanians were forced to Siberia and no one asked anyone‘s opinion, so now some bureaucrats decide that some people should be brought to Lithuania and accommodated here. Give me at least one difference from the Soviet deportations. I cannot see any. No one asked then, no one asks now,” said Kęstutis Masiulis.

EU states would have to pay compensation amounting to €250,000 per refugee when they refuse to accept them under the European Commission proposals.

“I would say that throughout my long practice it is the first time I have ever seen such Commission's proposal which is completely not in line with European values or solidarity, nor shows any desire to seek consensus on the issue,” said Seimas European Affairs Committee chairman, social democrat Gediminas Kirkilas.