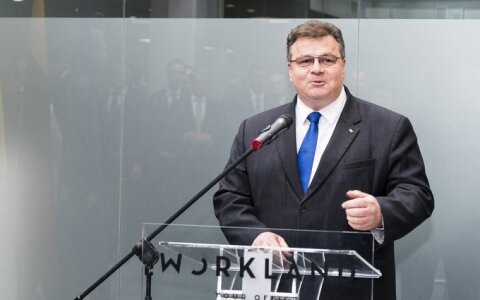 The Lithuanian foreign minister has urged the Nordic Council of Ministers to continue funding the European Humanities University (EHU), a Belarusian school in exile based in Vilnius.

Minister Linas Linkevičius spoke to Dagfinn Hoybraten, secretary general of the Council, on the phone on Thursday.

"Your support and experience as the coordinator of EHU donors are very important for the university. Even though the Nordic Council of Ministers has decided not to fund the university this year, we hope that your expertise will not go to waste and the Nordic Council of Ministers will continue contributing to this project which is important to the entire region," Linkevičius told Hoybraten, according to an MFA statement.

The European Humanities University has been operating in Vilnius since 2004 when it was forced out of Minsk by the Belarusian authorities.

The Nordic Council of Ministers decided not to extend its financial support to the university on May 11. The school's international donors will be coordinated by the Swedish International Development Cooperation Agency.

"Over the ten years of the EHU in Vilnius, almost 1,500 Belarusian students have received European values-based education in Lithuania. It our best and consistent investment into mutual understanding and strong relationship between Europe and Belarus," Linkevičius said.