Would a nuclear weapon in Baltic countries make Lithuania safer? 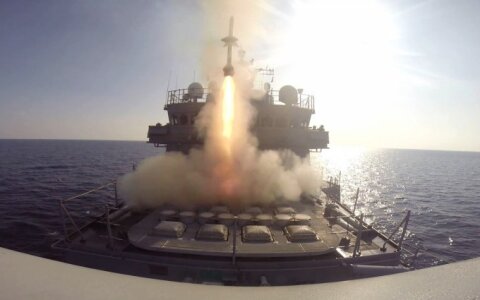 A retired Lithuanian general has said it would be theoretically possible for Lithuania together with neigbouring countries to have access to a nuclear weapon by joining the NATO nuclear weapons sharing program, but would it make Lithuania safer?

“I think Lithuania alone could not manage to have a nuclear weapon but on a regional level, if Poland and Norway would start to talk and contribute to this effort and perhaps our non-NATO partners - Finland, Sweden would join, it would be possible to succeed in such a thing,” said a member of the Lithuanian Colonels Association Board, retired Colonel Vaidotas Malinionis.

“Today, the weapon would not necessarily need to be in Lithuania for it to defend us, it is possible for it to be at a great distance from Lithuania, but it is important that we have a very strong support from our allies, a firm commitment that they are ready to defend all of NATO territory, the entire space, including Lithuania‘s territory,” said Lithuania‘s Minister of Defence Juozas Olekas.

Germany, Belgium, Turkey, Italy and the Netherlands are making use of the NATO nuclear program.

Former colonel Malinious said: “I would agree with American experts and the president that Russia demonstrates aggressive actions out of weakness, without having any other threat techniques or methods, they proceed to extreme intimidation. No one in the world acts like that, no other state.“

Deputy chairman of the Seimas, and former Defence Minister Gediminas Kirkilas said of the Russian threat: “At the moment, it seems to me, it is used as a kind of political blackmail. Why? Because they want to create the impression that the Baltic states are to blame for the tension. There is nothing particularly new, I do not think they are serious.”

Nuclear weapons were stored in Soviet Lithuania until 1978 in Plungė district at an underground rocket base.

Would a nuclear weapon in Baltic countries make Lithuania safer?