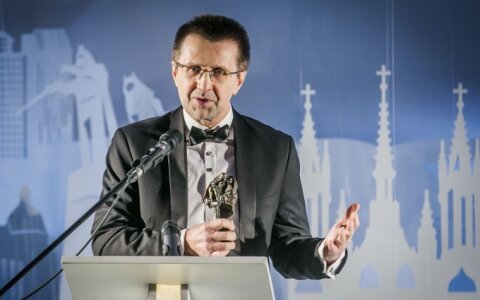 Only scientists who make extraordinary contributions to life sciences are accepted into the prestigious organization. 84 members of EMBO have been awarded the Nobel Prize since the establishment of the organization in 1964.

Professor Šikšnys was elected as an associate member of EMBO on May 23, alongside seven other scientists from among others, Harvard Medical School, University of Beijing, Genome Institute of Singapore and other renowned scientific institutions.

Professor Šikšnys is developing the CRISPR system, which enables the precise editing of particular DNA sequences in order to fix the flaws of improper genes and which many believe may lead to the award of a Nobel prize.

Earlier this year Professor Šikšnys shared a prestigious award of the Warren Alpert Foundation with other four scientists for their remarkable contributions to the understanding of the CRISPR bacterial defence system and how it can be adapted for genome editing.

“The selection of professor Šikšnys as an Associate Member of EMBO is another sign of recognition for VU scientists for their international achievements,” he said.

In total eight scientists from China, Japan, Singapore, United States and Lithuania have been recently elected as Associated Members of EMBO.