Will bursting of real estate bubble in Sweden send ripples across Baltics? 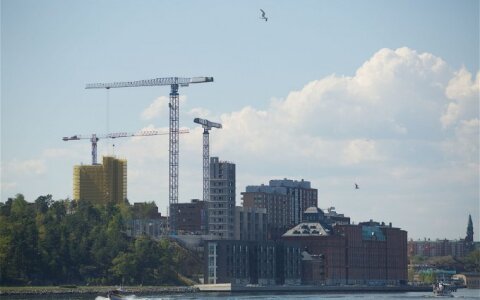 With glaring signs of overheating in Sweden's real estate market, Lithuanian experts offer contrasting opinions about whether a bust in Sweden would send ripples across the Baltic Sea.

Lithuania's banking sector is dominated by Scandinavian banks, so a crash in Sweden could affect the availability of credit in the Baltics, Verslo Žinios reports.

Marius Jansonas, president of the Finance and Credit Management Association, says that Lithuania would definitely feel the effects of a real estate bubble burst in Sweden. He believes that Swedish-owned banks operating in Lithuania would stop giving out loans, sending instead their funds back to Sweden.

Nerijus Mačiulis, chief economist at Swedish-owned Swedbank, says: "We are fully funding our loan portfolio from the domestic market. There is simply no dependence on external financial flows."

He adds that the situation today is radically different from what it was in the run-up to the 2008-2009 crash.

Will bursting of real estate bubble in Sweden send ripples across Baltics?