Ethnic minority groups hold rally outside US embassy in Vilnius 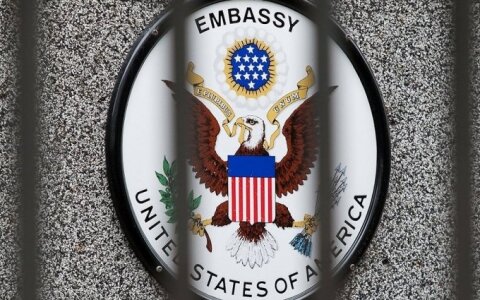 Around 300 people held a rally outside the United States embassy in Vilnius on Thursday, protesting against Lithuania's domestic policies. Organizers of the action say they picked the site because the US "is the biggest guarantor and protector of democracy in the world".

“Lithuania does not pass the exam on defending the rights of minorities, does not respect what has been agreed in the legislation and international conventions. Government acts against our children and seeks the destruction of minority schools, we cannot agree with this! Today, we are forced to ask each country for political support,” said the organizers in a statement before the rally.

US Ambassador Deborah A. McCarthy was presented with a petition asking for help in "defending the well-functioning ethnic minority education system".

Ethnic minority groups hold rally outside US embassy in Vilnius