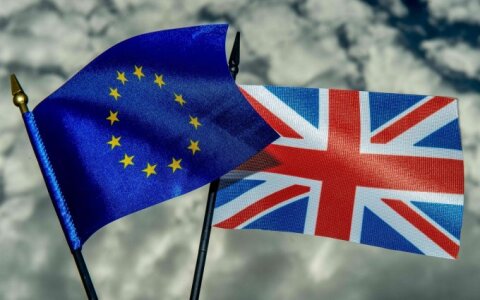 Lithuanians are anxiously awaiting the results of today's Brexit referendum in the UK, when the country's people will decide whether or not they want to remain in the European Union.

“We are all anxiously waiting for this referendum. It will represent a very important choice by the people of the United Kingdom,” said Asta Skaisgirytė, Lithuania's ambassador in London.

The international community, including Lithuania, has been encouraging the UK to vote to remain in the European Union. However, if the UK decides to leave, the question will still have to be negotiated for another two years. It is these potential conditions that have raised the most discussions among experts and analysts.

Lithuanian Minister of Foreign Affairs Linas Linkevičius believes that Lithuanian emigrants currently in the UK will be unaffected, but that future emigrants would find it more difficult to move to or remain in the UK. “Lithuanians newly arrived in the UK may encounter larger safeguards related to jobs or education taxes,” he said.

The Lithuanian community in the UK is worried about the referendum because they do not know what would happen to them if the UK were to leave the EU. Dalia Asanavičiūtė, the head of the UK's Lithuanian community, said “we, as a community, tried to organise a discussion on this question (conditions for immigrants). We spoke to Lithuanian politicians and to local government representatives, but nobody dared speak about this – neither politicians nor political scientists.”

She also said, “I'd compare this referendum to the one where the English awaited the results of the Scotland referendum. We are just as worried right now.”

Linkevičius also pointed out concerns about how the UK's exit would weaken the Union. “Because we are a member of the EU, we want the Union to be strong and firm. If the UK leaves, these factors would be reduced and our interests would also be hurt,” he said.

Linas Kojala, a political scientist at Vilnius University's International Relations and Political Science Institute, said “Eurosceptic European forces will very intently follow the referendum. States like the Netherlands, Belgium and France have the potential for strengthening Eurosceptic opinions and it's clear that the example of the Brexit would encourage, if not a domino effect, then at least the strengthening of their positions.”