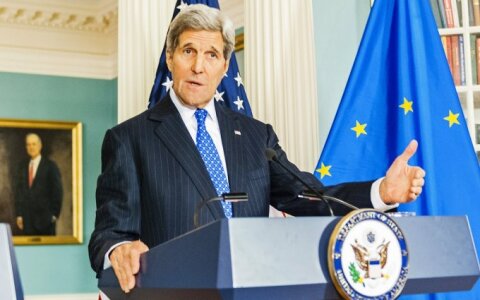 The United States has praised Lithuania's progress in fighting human trafficking, putting in the top tier of nations in its latest report on the trade.

This year's Trafficking in Persons Report said that Lithuania has made substantial progress in several areas: bringing traffickers to criminal liability, protecting vulnerable people and carrying out preventive activities.

On Thursday US Secretary of State John Kerry announced the US State Department's Trafficking in Persons report for the sixteenth consecutive year and Lithuania was rated in the top category, which means it is in full compliance with e minimum anti-trafficking standards.

The report says that the Lithuanian government fully complies with the minimum requirements for the elimination of human trafficking and therefore assigns Lithuania to the first category country group.

The US Embassy hopes to continue cooperation with the Lithuanian government and civil society in the fight against human trafficking problem not only in Lithuania but also around the world.