Why there should be more women in politics 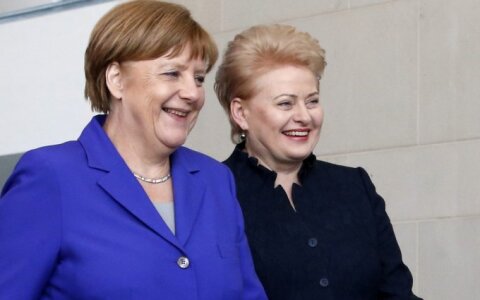 Even though some of the world's most powerful nations are, or are likely to soon be, led by women, equal gender representation in politics and parliaments is still just an aspiration. Lithuanian gender studies scholar Eglė Krinickienė says that more female MPs leads to better social policies and even economic results.

If Hillary Clinton won the US presidential election this November, she would become the first female president in this country's history. But not only that - three of the world's most powerful countries would be led by women: the United States, the United Kingdom, and Germany. Some analysts also include Marine LePen, the French politician who is not unlikely to win the French presidency and join the company of Clinton, Theresa May and Angela Merkel.

Some political observers have noted that such a group could make certain macho leaders feel quite uncomfortable, like Russia's Vladimir Putin who is often mocked for not feeling quite at ease in the company of female peers. For that matter, another US presidential candidate, Donald Trump, has also gained notoriety for his sexist comments and disrespect for female journalists.

A little over a century ago, not only were half of the humanity barred from membership in political parties, but they were not even allowed to elect their representatives in parliaments and governments. Women, who make up about 52% of the world's population, gained suffrage surprisingly late, first in New Zealand. Through rallies, hunger strikes and active political campaigning, women proved that democracy is impossible if half the population is excluded from voting.

From voting to being themselves elected to parliaments has not been a straight road either. Eglė Krinickienė, head of the Gender Studies Department at Mykolas Romeris University in Vilnius, notes that the number of female representatives in national parliaments is growing very slowly. Women themselves less often choose a career in politics and voters are more suspicious of women candidates, she says. This is largely to do with persistent gender stereotypes that are passed from generation to generation out of inertia.

"These stereotypes assign to women household functions like care giving, while men are given public roles of breadwinners, decision makers. This may explain why voters tend to prefer male candidates. Moreover, women themselves are disinclined to show solidarity with female candidates, they themselves often vote for male candidates," Krinickienė says. 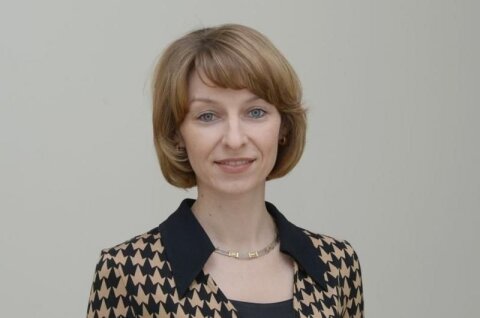 On the other hand, she adds, fewer women go into politics. Krinickienė believes that some women tend to underestimate their potential: "It is a question of women's self-worth that we should be raising - women, after all, are more educated than man. In the European Union, for example, over 60% of university graduates are women."

Lithuania in the middle

Statistics compiled by the United Nations show that the number of female delegates in national parliaments has nearly doubled over the last 20 years, but they still make up a little over one fifth on average. Sweden leads in Europe with 45% of its parliament being made up of female MPs, followed by Belgium, the Netherlands and Denmark.

Scandinavians are often thought to be leaders in gender equality issues. Norway was one of the first countries to allow women to vote. The pay gap between genders is smaller in the Scandinavian countries than anywhere else in the world and women's employment is among the highest. In Denmark, for instance, 72% of women and 79% of men are employed. In 1970, political parties in Denmark, Sweden and Norway introduced gender quotas, which led to higher female representation in their parliaments.

Lithuania is somewhere in the middle among European countries in terms of gender equality.

Only thirty-four members of the 141-seat Lithuanian parliament are women, or 24%. Four of Lithuania's 14 ministries are currently headed by female ministers. However, the parliament is chaired by a female speaker and the highest elected official, the president of Lithuania, is a woman.

Sociologists note that in Lithuania, much like elsewhere, the accepted wisdom is that if women occupy several key government positions, that is a proof that gender equality has been accomplished. That, however, is not necessarily true.

Dovilė Jakniūnaitė of Vilnius University's Institute of International Relations and Political Science, notes that as more women get to serve in the highest political positions in Lithuania, which leads Lithuanians to think more about women's participation and gender equality. 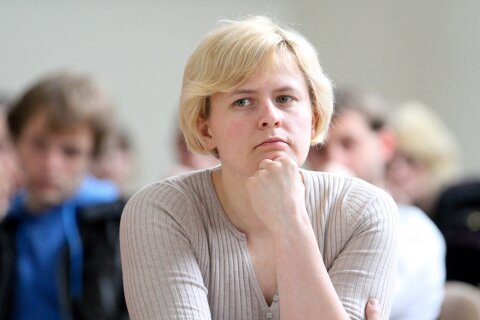 "It is important to understand, though, that female political leaders, women in top government positions, is not the only element of women's participation in politics. When it comes representation in parliament, we see that the number of women is slowly growing, but not quite as fast," she says.

While many Lithuanians are suspicious of feminism, they often take for granted the achievements of the women's movement: that hiring should be based on merit and not gender; that people should get equal pay for equal work.

Statistically, women make 20% less than men for the same work, while more women than men have university diplomas. A bigger share of women members in parliaments could help solve some of the problems arising from persisting gender stereotypes, experts say, adding that more gender-balanced legislatures tend to take more interest in social issues.

Sweden is a good case in point. Almost half of its MPs are women and it is also one of the best countries in the world for raising kids. Every child gets a spot in public kindergartens, where fees are capped at 3% of their parents' income. The rest is covered by the state which spends $8.9 billion on pre-school education, more than Sweden's military budget.

In Norway, a parent is paid the equivalent of his or her previous salary during maternity or paternity leave and fathers are obliged to take at least two weeks off from work after the birth of their kids. The aspiration to help women realize their potential is inscribed in Norway's constitution, which says that any governing council must have at least 40% of female members.

Scandinavian political parties have introduced voluntary gender quotas and this is what led to more equal representation in their parliaments. The quota system is not universally supported, however. Its opponents argue that women should earn seats in parliament because of their efforts, hard work and expertise, not because they are women. But, the other side notes, 65% of university graduates are women, so the argument that quotas would lead to under-qualified women getting into parliament simply does not stand up to scrutiny.

Jakniūnaitė says gender quotas have been proven to be one of the most effective ways to ensure balanced representation. Moreover, she adds, when societies consciously think about increasing women representation and devise mechanisms to achieve it, that is when women's participation increases.

It is also important how gender quotas are introduced, she says. Some countries have written the minimum share of female parliament members into their constitutions.

"But I think that one of the most effective ways - tested by the Scandinavian countries - is voluntary commitments undertaken by parties to seek gender equality. Not a whip or a law forcing them to do it, but parties themselves choosing to," the political scientist says.

When the commitment is undertaken voluntarily, it raise the consciousness within organizations themselves, she adds.

"A common criticism is that if women get into any domain, like politics, through quotas, they will feel stigmatized and less qualified. This needs to be taken into account, but I believe that the benefits, at least for the time being, outweigh any shortcomings of the quota system," Jakniūnaitė continues.

Meanwhile even a few women in top positions help the society start a discussion on gender equality and give up gender stereotypes more easily.

"The more we talk about how women empowerment is beneficial to the economy, the more naturally the society will accept this question," Krinickienė says. "After all, studies confirm that companies that have quotas and gender balance in their boards report better results, make more profits."

Gender equality, she reminds, is about equal opportunities for men and women suited to their differences: physiological, psychological and emotional. "Because of these differences, women and men have different interests, motivations. But they must have equal opportunities to secure income and represent their interests in the society and politics," Krinickienė says.

Why there should be more women in politics