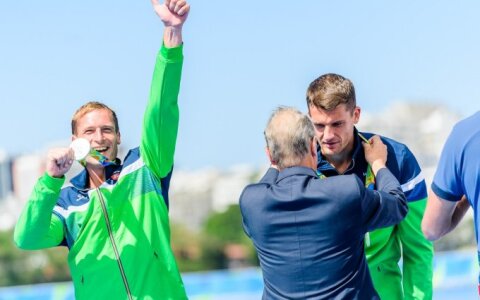 Two medals in rowing events finally put Lithuania on the medal winner's table. In swimming, a new national record has been claimed twice, while in sailing Lithuanian athletes are continuing to fight for a place in the medal race. The basketball team secured its place in the top 16 with a victory over Argentina.

Great performance for the Lithuanian rowers in Rio Olympics who won the first two medals for team Lithuania. In the men’s double sculls event, Mindaugas Griškonis (30) and his partner Saulius Ritter (27) became the silver medallists after finishing second in the finals with a time of 6:51.39 minutes. Gold went to Croatia after its rowers Martin Sinković and Valent Sinković crossed the finish line at 6:50.28. The bronze medallists are Kjetil Borch and Olaf Tufte from Norway who finished the race with a time of 6:53.25.

The second Lithuanian medal in rowing came in the women’s double sculls event when Donata Vištartaitė (27) and Milda Valčiukaitė (22) finished the final race third a time of 7:43.76 minutes. The winners of the event were the Polish couple Magdalena Fularczyk-Kozłowska and Natalia Madaj with the result 7:40.10. The silver medal went to Great Britain's Victoria Thornley and Katherine Grainger (7:41.05). 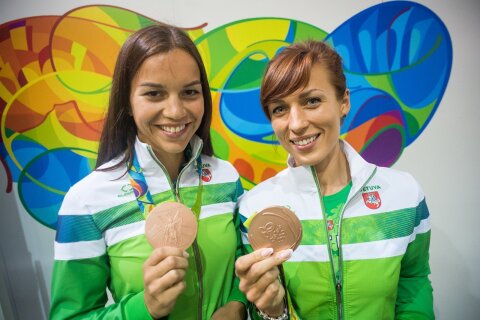 In the men’s quadruple sculls event, Aurimas Adomavičius (22), Martynas Džiaugys (29), Dominykas Jančionis (23) and Dovydas Nemeravičius (19) competed in the final B event and finished third in the race and in the ninth place overall with a time of 6:15.16 minutes. 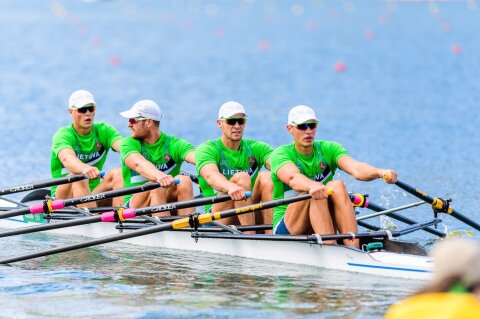 Lithuanian boxer Eimantas Stanionis (21) lost in the round of 16 in the welterweight category to Shakhram Giyasov from Uzbekistan with a core of 3-0 and left the Olympic Games earlier than he had expected. 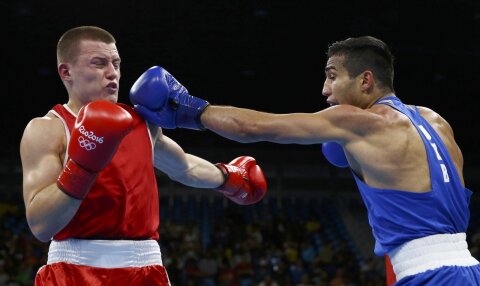 Juozas Bernotas (27), who is competing in RS:X event, took part in three daily races. In race 7 out of 12, the Lithuanian finished at the 26th position while he failed to complete the next race. In race 9, Bernotas took the 21st spot. 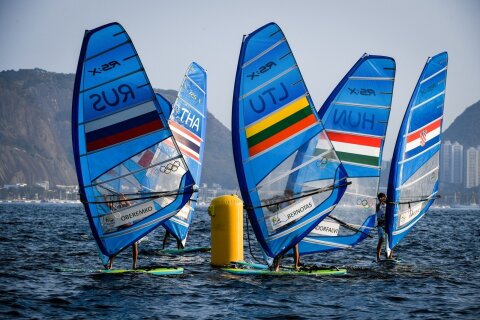 A new Lithuanian national record has been set in the Olympic pool in Rio de Janeiro. Simonas Bilis, 22, finished the 50m freestyle swim in 22.01 seconds. The Lithuanian advanced also to the semifinals of the event finishing 14th in the heats.

In the semifinals, Bilis broke his own record and claimed a new one when he stopped the time at 21.71 seconds. Beside the new national record, Bilis also got the ticket to the Olympic finals when this time gave him the sixth position in the semifinals. 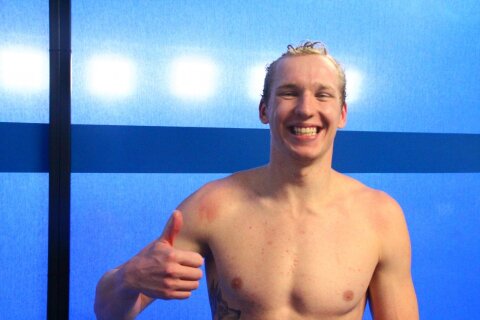 The coach of the national Lithuanian basketball team can be proud. Jonas Kazlauskas and his players achieved an important victory when they managed to beat Argentina with a score of 81-73 and took the first place in group B.

The second half and the third quarter began with Lithuanians pressuring their opponents that gave them a 27-22 lead at the end of the quarter, putting them eight points ahead of team Argentina.

The final quarter was equal for both teams 24-24, with Argentina trying to close the gap and Lithuania putting up a tough defence while Mindaugas Kuzminskas and Jonas Valančiūnas launching a powerful offence. In the end, Lithuania won 81-73 and secured its place in the top 16. 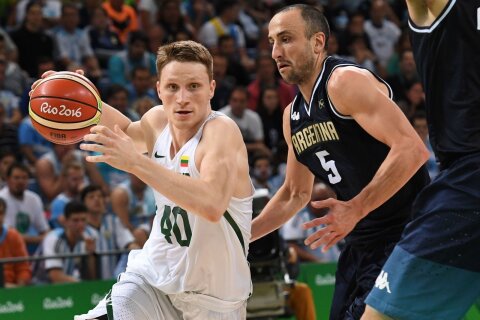 In the next match in group B, Lithuania will face Spain that won over Nigeria 96-87 and reached its first victory after two losses. The Spaniards are in a must win situation if they want to stay in the tournament and may give some tough time to the Lithuanians who will hope to keep the first place in the group.

In the third game in the group, the host team Brazil, lost to Croatia 80-76.