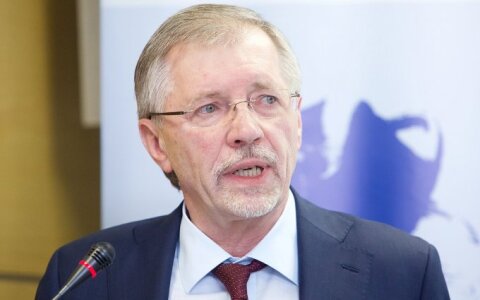 Gediminas Kirkilas, former prime minister and a leading figure in the Social Democratic Party, has said he would have stepped down if he were in the shoes of Lithuania's minister of national defence, without going so far as to demand Juozas Olekas' resignation.

Following the eruption of the so-called army utensils scandal, Minister of National Defence Juozas Olekas has found himself embattled.

Kirkilas, a senior member of the Social Democratic Party, is unwilling to directly recommend that the Olekas should resign, but has stated that under such circumstances personally he would resign, if he saw himself as guilty.

“The possibility of a politician resigning… I have personally had to resign a number of times. If I had detailed knowledge of the situation, if I saw I was guilty, I would resign in order to not harm my party prior to the elections,” Mr. Kirkilas told journalists before a party council meeting.

He also added that Mr. Olekas should explain everything “very transparently, very clearly and very quickly, with no delays - and this is what the minister is attempting to do”.

The defence minister came under pressure after the Public Procurement Agency found that the ministry contracted a private company to supply kitchen utensils at a price that was eight times their market value.