Vilnius the most satisfying EU capital to live in 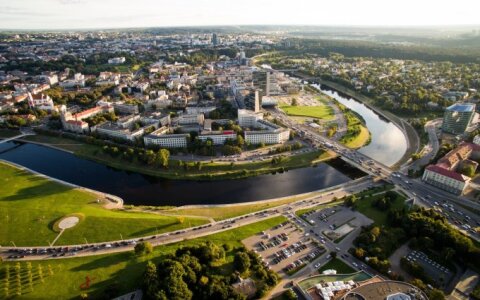 Residents of Vilnius are the most satisfied with life in their city among people living in EU capitals, according to a Eurostat survey.

Ninety-eight percent of residents of Vilnius said they were satisfied living in their city during the survey carried out last year. The Lithuanian capital moved up five positions compared with a similar survey taken in 2012.

The highest level of satisfaction in Europe was recorded in Oslo, the capital of Norway, which is not an EU member state.

Vilnius is followed closely by Stockholm and Copenhagen, 97% each, and Vienna and Luxembourg with 96%.

The lowest satisfaction level was recorded in Athens at 71%. Relatively low levels of satisfaction were in Rome at 80% and Bucharest and Paris, at 83% each.

The survey was carried out in 83 European cities.

Vilnius the most satisfying EU capital to live in