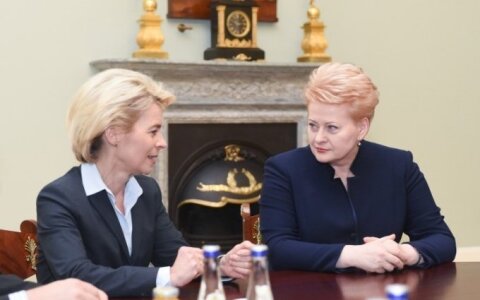 The head of state highlighted the importance of German leadership as the most powerful economic and political force in Europe in ensuring the security of the Eastern flank of NATO.

As an example, Germany has taken up a leading role in forming an international NATO battalion based in Lithuania which should be joined by troops from Belgium, the Netherlands, Luxembourg, Norway and France. The battalion is expected to be fully operational in 2017.

Other international NATO battalions led by the UK, Canada and the US are expected to be hosted in Estonia, Latvia and Poland.

The Lithuanian president also highlighted the recent equipment purchases from Germany that aid in the modernisation of the Lithuanian armed forces. This ranges from the German PZH2000 howitzers and the Boxer AFVs, to machine guns and grenade launchers.