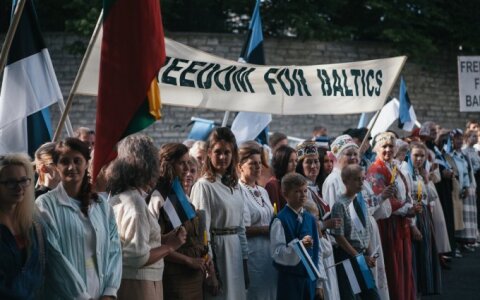 Seneca's Day, a movie by director Kristijonas Vildžiunas, has been selected as the Lithuanian entry for Oscar candidate in the category of best foreign-language film.

Rasa Paukštytė, a member of the Lithuanian Film Council and the selection panel, told BNS that a total of two movies competed for the nomination this year.

"The ballot was secret and the only thing I can say is that the panel first of all wanted the film to be professional and carry a message about Lithuania's film industry and its capacities," said the film critic.

Paukstytė admitted she did not expect much from the Lithuanian movie.

"Participation is what's importance, we see the Oscars as participation in the game. Our industry is very small," said the member of the Film Council.

The premiere of the movie is scheduled for September 30.