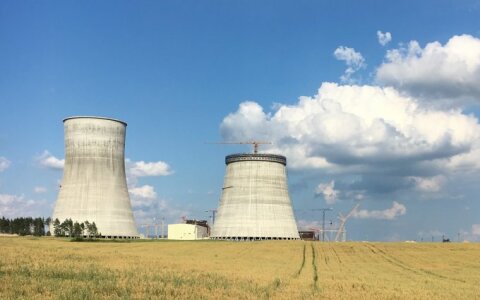 Substantive disagreements remain between Lithuania and Belarus over the Astravyets nuclear power plant under construction just 50 kilometers from Vilnius, the Lithuanian Environment Ministry said after the two countries' experts ended their two-day meeting in Minsk on Wednesday.

According to Vitalijus Auglys, head of the Lithuanian delegation, the meeting showed once again that major differences remained between the neighboring countries on the application of international standards, cross-border environmental impact assessment (EIA) procedures, transparency, openness and the principles of good neighborliness.

"The Lithuanian and Belarusian delegations differed in their positions not only on EIA procedures, but also on obvious facts," the ministry said.

“Belarus does not admit that it violated the UN Convention on Environmental Impact Assessment in a Transboundary Context while developing the Astravyets NPP project, even though member countries of the convention stated this during a meeting in 2014,” it said.

The Lithuanian delegation raised questions about recent incidents in Astravyets and asked Belarus to provide written information about geological, hydrological and seismological surveys on the nuclear power plant site.

Belarus' delegation was informed about the results of a study, conducted in Lithuania, of potential impacts on the River Neris, whose water will be used to cool the nuclear power plant, and on underground drinking water resources in the event of an accident in Astravyets, the ministry said.

Lithuania is the fiercest critic of the Astravyets project.