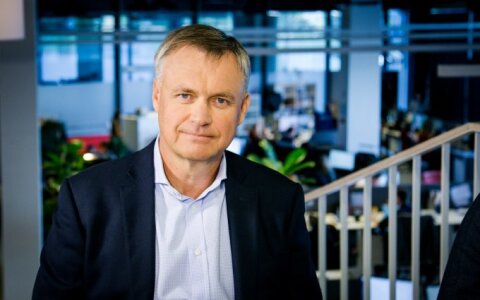 On the evening of September 13 a political debate featuring the top five largest Lithuanian parties was broadcast on LRT Television. The topic of the debate – economics. The debating parties were the Lithuanian Social Democrat Party (LSDP), Homeland Union-Lithuanian Christian Democrats (TS-LKD), Lithuanian Peasant and Greens Union (LVŽS), the Labour Party (DP) and the Liberal Movement (LS). LRT.lt interviewed a number of political, economics, business, law and public relations experts and asked them to rate party performance from 1 to 5.

A number of parties focused far too much on accusations rather than answers to questions posed says the President of the Lithuanian Confederation of Industrialists Robertas Dargis. “There was a lack of concreteness. I was myself affected by the aggressive speech, particularly that of the Conservatives. I would like to see more constructive feedback and less aggression as it leads nowhere. If [after the election] it becomes necessary to discuss and come to agreement on matters of state importance, such things will not simply be forgotten,” Dargis concluded.

The President of the Confederation of Industrialists has three parties share his highest evaluation of 3+, those being the Social Democrats, Conservatives and Liberals. He notes that the Social Democrats are in the difficult position of being the core of the current coalition government, thus making it easy to pin issues to them. The LSDP has a socially oriented programme, fitting its stated ideology, but their evaluation of economic problems was very complicated. Dargis found the TS-LKD being too aggressive with their accusations, scoring them the same as the LSDP and Liberals. The industrialist was particularly pleased with the Liberal’s proposals, stating that “Looking from a business standpoint, it is pleasant to hear their statements. They imagine that it is necessary to provide companies with incentives so they could operate, also being set to reduce the tax burden. The Liberals spoke sufficiently logically, thus I would give them 3+ points,” said R. Dargis.

The DP does not receive high praise in the debate, with Dargis noting that they already had the opportunity to fulfil or at least suggest what they are promising during their current term, thus leaving them with 3- points. While the “Peasants” came across as very sincere and convinced of their suggestions, the industrialist found they lack experience and have a somewhat too theoretical perspective. Finding the LVŽS recommendation to tier certain goods to the GDP, Dargis gives the LVŽS 2+ points.