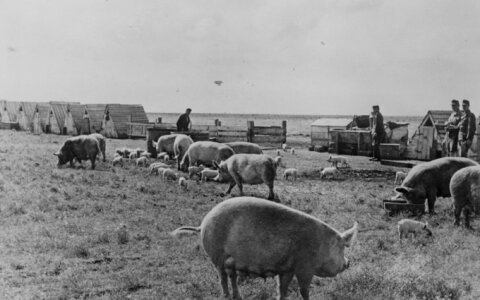 Latvian experts are expected to next week present an analysis of archival financial documents, proving that Lithuania was a donor of the Soviet Union rather than its dependent.

Birutė Burauskaitė, director of the Genocide and Resistance Research Center of Lithuania, told BNS that Lithuania could also apply the methods used by experts to calculate the damages incurred by Latvia.

"They have already made the calculations (of the damages in Latvia), they have issued a publication and they will bring it along. You don't always analyze everything 100 percent. In the course of their work, they were astonished by the extent of the financial flows from the republic to Moscow and from Moscow back, the mechanism is similar to the distribution of money to municipal budgets. The flows reflected in the financial documents demonstrate very clearly that we were a typical colony," said Burauskaitė.

Related articles
Lithuania wants to prove it was net contributor, not recipient of Soviet funds
Lithuania will not seek to have Gorbachev appear in court in January 13 case

Members of the expert team set up by the Latvian government recently went to Tallinn to present the methods, which they had discovered in financial archives. The publication and the data should be presented in Vilnius on Tuesday.

Established by the Lithuanian government in 2000, an interdepartmental commission worked out that the damages caused to Lithuania by the Soviet rule amount to about 20 billion US dollars.

Justice ministers of Lithuania, Latvia and Estonia signed a declaration in late 2015, stating their aspiration to calculate the damages incurred in the wake of Soviet rule, demand compensation and assess the Soviet crimes on the international scale.